"He's scoring 30 goals a season and not getting chances to win trophies, what's the point in being there?" 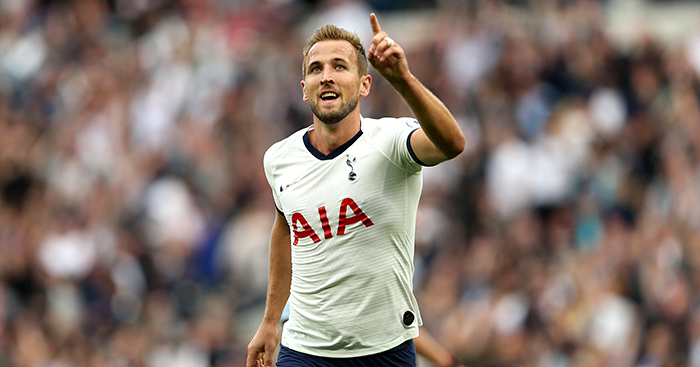 Paul Merson claims Manchester United should be doing everything they can to sign Harry Kane this summer.

Kane has previously been linked with a move to Old Trafford, but United have so far been focussed on landing Jadon Sancho in the transfer window.

But Merson – a huge fan of the England captain – can’t understand why Ole Gunnar Solskjaer’s side, along with Manchester City, are not pulling out all the stops to sign him.

Merson told Sky Sports: “I’m probably Harry Kane’s biggest fan after his Mum and Dad! I look at him and I think: “What are you going to win at Tottenham?” He’s one of the best in the business at scoring goals, but he’s scoring 30 goals a season and not getting chances to win trophies, what’s the point in being there?

“I just cannot believe nobody has come in for him. What am I missing?! Manchester United are crying out for a goal scoring centre-forward, and if I’m being honest I think Man City are too. If Sergio Aguero gets injured, they miss too many chances. Aguero is two shots, one goal.

“I just don’t understand why there isn’t more talk about a team signing Kane.

“In terms of Spurs, you hear Jose Mourinho saying Spurs aren’t fit enough; if they lose four or five of their first six games, the season is over. That’s it. It’s massive. I said on air with Sky last year – and I got crucified for it – this is the way Mourinho plays.

“You’re not turning up at Spurs this season seeing 5-4s. It’s all well and good talking about the fitness, but it’s also the way he plays. He’ll sit deep, and he’ll counter-attack teams.

“It’s OK when there’s nobody in the ground, but with 60,000 people at Spurs, and they’re seeing that, they’re not going to be happy.

“I can understand if he plays that way against Man City, but it’s Everton, at home! If you’re a Spurs fan watching that, you’re thinking: ‘Where are we going?’ I know there’s a long way to go, but you might be the most loyal Spurs fans in the world, you cannot sit there and honestly think, hand on heart, that you’re going to finish in the top four this season.

“It’s a shame for them, considering where they’ve been in the last few years.”