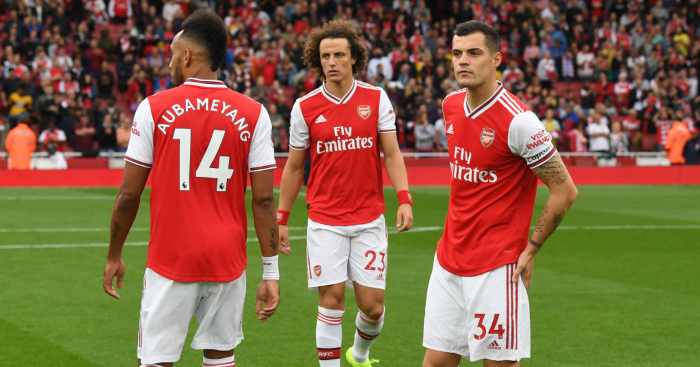 Paul Merson insists Unai Emery has got to make David Luiz his Arsenal captain because he’s a “serial winner”.

Luiz has received his fair share of criticism this season with former Crystal Palace chairman Simon Jordan calling him a “show pony” a month ago.

Granit Xhaka, who has had the Gunners’ captaincy so far this term, has come under fire for some of his performances and Merson thinks Luiz should take the armband.

“The worrying thing for me is I heard the manager say he’s going to have five captains, which tells me he has no idea what his team is,” Merson told The Debate on Sky Sports.

“Unai Emery’s been there a year-and-a-half, he’s got to have five captains because he doesn’t have a clue what his best team is. He hasn’t got a clue. The good teams are the ones who play virtually the same team every week, but with Arsenal you don’t know who it’ll be from week to week.

“I’m not the greatest lover of a forward being the captain, but [Pierre-Emerick] Aubameyang’s another one. Those front three should pick themselves straight away and you go from there – they’ll play every week, if they’re fit.”