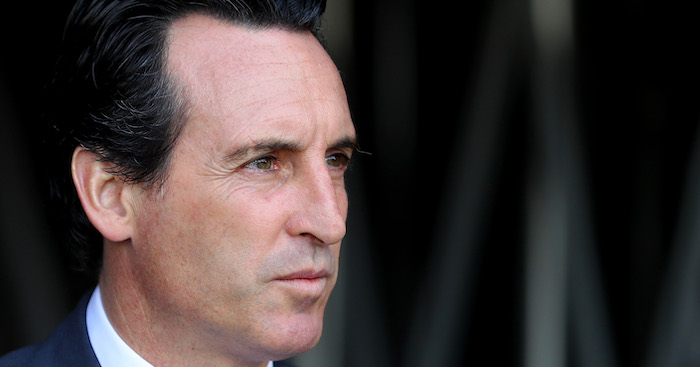 Unai Emery has taken his side on a 13-game unbeaten run, though their biggest problem may still be naivety and nerves.

Only Manchester City have scored more goals than the Gunners in the league thus far, but they have conceded comfortably the most goals of any side in the top five.

Paul Merson believes that is the exact reason Emery is heading for his first loss since August.

“I can’t see anything but a Liverpool win,” he told Sky Sports.

“I think this is the day Arsenal show some big cracks. I just think the defence is terrible, all over the place, and no different to what it was before.

“If Hector Bellerin is injured, you’re talking about Granit Xhaka at left-back, a central midfield player, and Stephan Lichtsteiner at right-back, who has been a good player but is nearly 35 now.

“How many 35-year-old’s are there in the Premier League? We saw Leicester rip Arsenal to shreds for 30 minutes; they scored, Harry Maguire missed a sitter, they had a stonewall penalty turned down.

“Leicester’s front three aren’t even in the same class as Liverpool’s. I just cannot see how Arsenal will live with them.”

However, former Arsenal man Charlie Nicholas praised Emery’s impact at the club, but did state that a title challenge is still too much to ask.

“After the first two games of the season I thought it was going to be another tough watch this season, but since then they’ve played really well and gone on a great run – Emery really seems to be getting his ideas across and the players are buying into it.

“They’re still some way off the title challengers but I think the best thing I can say about them is they’ve brought the joy and excitement back to the Emirates.

“I watch Arsenal now and I’m expecting goals and entertainment and that fun factor is well and truly back – for an Arsenal man like me that’s great to see and a very pleasant surprise.”