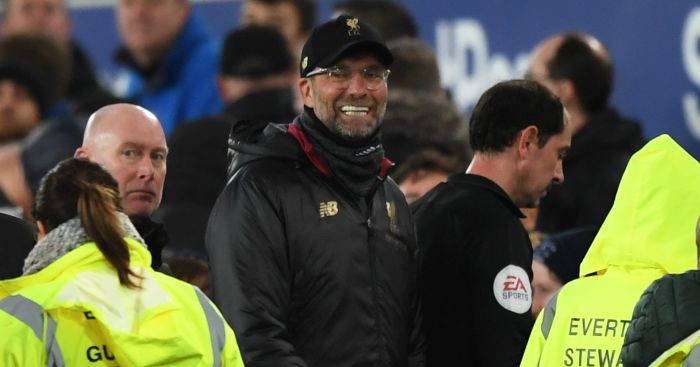 The Reds have now dropped a point behind leaders Manchester City in the Premier League title race with a draw at Goodison Park not good enough to return Klopp‘s men to the top of the table.

10 points from a possible 18 in their last six Premier League matches, which has seen City close the gap on Klopp’s men and now overtake them.

“Panic is setting in, as shown by his substitutions, bringing on Adam Lallana for Sadio Mane – you’ve got to win that game.

“You’ve got Daniel Sturridge and Xherdan Shaqiri on the bench. I’ve been a manager myself and sometimes you sit there after a game and think ‘I shouldn’t have done that’.”