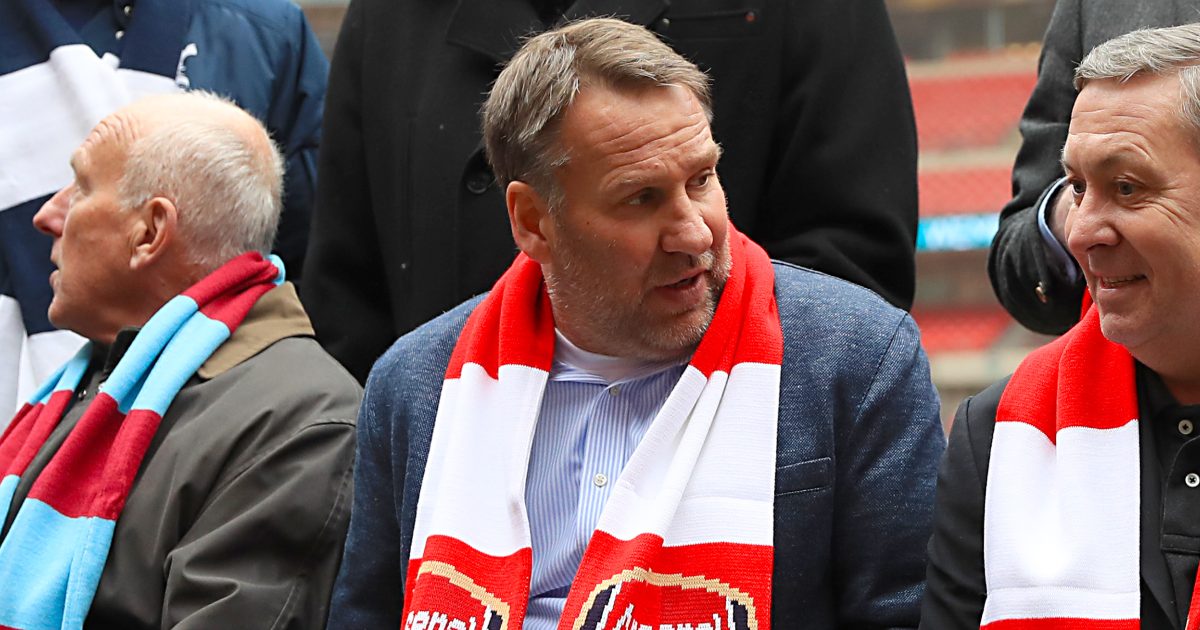 Sky Sports pundit Paul Merson has suggested that West Ham United have a “better team” than Tottenham and they will finish above their rivals this season.

West Ham face their Tottenham on Sunday afternoon. Heading into the game, the hosts are seventh in the Premier League while Spurs are two places above them.

The Hammers fared well when the sides met last season. They fought back from three goals down to draw 3-3 against Tottenham last October. Manuel Lanzini’s superb long-range leveller came after Fabian Balbuena and an own-goal from Davinson Sanchez brought them back into the game.

Thank you for the top-four race, Ole Gunnar Solskjaer

Then in February, goals from Michail Antonio and Jesse Lingard helped West Ham beat Spurs 2-1 at the London Stadium.

Ahead of Sunday’s game, Angelo Ogbonna has suggested that Spurs will want “revenge” on West Ham after last year’s results:

“They thought the game was over. I’ve seen their faces. But they didn’t know about West Ham. The new West Ham! I think it’s part of the West Ham character. I always say that the team here makes me proud.

“The moment we are struggling, we are fighting, we survive. All Italians are like that. When Italians struggle, we survive. It’s the best moment. We knew it. We knew we could come back.

“Sometimes football is unpredictable. We want to do something more against Tottenham. Every fan can feel that. We are looking forward to it.

“I remember the game at Wembley. We went 2-0 down. Slaven Bilic was on the line but everyone was behind him and wanted to do something for him. I think it was the best goal I’ve scored for West Ham.

“But Lanzini’s goal was… last minute. No-one expected that, top corner and I was the one who had blocked Winks from scoring. Now Tottenham is a new environment. They will want revenge because they lost in our stadium as well and they will want to show they are different.

“Now we will have to show what we’ve been fighting for. West Ham fans create the most amazing atmosphere. When we play we don’t play with 11 players, we have a 12th player and this is a special game.”

As reported by Spurs Web, Merson has backed West Ham to beat Tottenham at the London Stadium this weekend:

“This is a big game and I’m predicting West Ham to win at home,” Merson said.

“In my opinion, they are a better team than Tottenham Hotspur because they are more consistent and dig in more in the bigger games. If David Moyes manages to keep everyone fit over the course of the season, West Ham will finish above Spurs.

“Spurs got a good result against Newcastle United in their previous Premier League encounter, but I still feel like West Ham can grind this one out. While on the other hand, I can’t see Spurs doing that consistently throughout the season.”