Home All The News Merson (Brent): Redknapp was a better tactician than Wenger 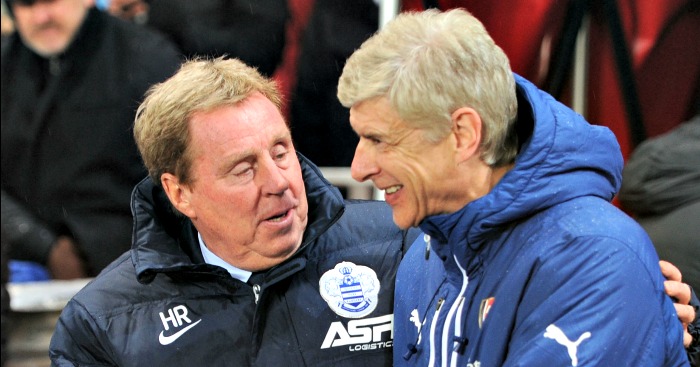 Paul Merson claims Harry Redknapp was a better tactician than Arsene Wenger, having played under both managers for Portsmouth and Arsenal respectively.

Merson won two top-flight league titles, an FA Cup, the League Cup and a European Cup Winners’ Cup with Arsenal, before captaining Pompey to the 2002-03 Division One title in his only season at Fratton Park.

And he claims that in that one year under Redknapp, he found the Englishman to be the better manager.

Speaking on Sky Sports’ Off Script podcast (via The News), Merson said: “He (Redknapp) is 100 per cent the best man-manager I ever worked under, by a million miles.

“The thing I get the hump with with Harry is people (say) ‘oh, he’s a wheeler-dealer, what a wheeler and dealer’, but his knowledge of football is second to none.

“I honestly think he’s tactically better than Arsene Wenger, in my opinion.

“You know, I worked under both. Tactically, if I know a manager wants to set up, make sure we don’t lose a game and stop the other team playing, for me Harry’s the man.

“Arsene went out, he had unbelievable players.

“If you have Thierry Henry, Dennis Bergkamp, Pires, Vieira, Petit, people like that, and Overmars and Ljungberg, if I’m the manager of Arsenal and I know I’ve got them players, I’m opening the football match up.

“I’m looking to expand, to go end-to-end, because if it does there’s only one winner – and that’s Arsene because of the players I’ve just reeled off.

“But when you’ve got a manager who hasn’t got that quality of player, and you’ve got to set up, that’s why I think Harry’s a phenomenal manager.”

Merson made 49 appearances for Redknapp’s side in 2002-03, scoring 12 goals in total, as Pompey won the title with 98 points to secure their first ever season in the Premier League.

He is considered to be a Portsmouth legend, but insists none of it would have been possible without the players Redknapp assembled at tht time.

“Again, I keep on going back to people going ‘oh, Mersey, you got us promoted, you’re here at Portmouth’ but I played in a phenomenal football team, a phenomenal Championship team and I’m the first to say, ‘I’m no good if I don’t have good players round me’.

“If I ain’t got players round me who are on the same wavelength as me who are good players (shrugs his shoulders).

“For me there was some special players – Tim Sherwood, what a player, won the Premier League, central midfield player.

“I was also with Steve Stone at Aston Villa – no-one wants to win a football match more than Stone.

“I mean, he’d run through a brick wall for you.

“And then we had young good players and centre-halves.

“When I got there I said to Harry, ‘what about Linvoy Primus?’

“He played the year before and he got in the team and he was the best player in the team.

“He was our best player and it just shows you.

“We had strong-minded players who waited and waited and then they got their chance and it was ‘I’m not coming out of the team’.

“I mean, you had Yakubu and Todorov, I didn’t even have to look.

“I got the ball and I went bang, and I knew they were going to be there.

“But it doesn’t matter how many good balls you put through, they’re only good balls if someone scores.”