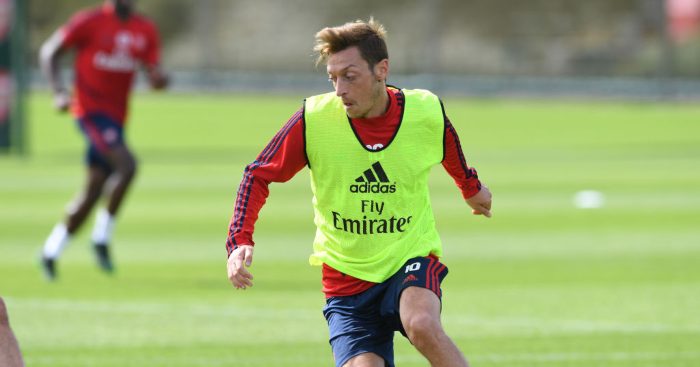 Paul Merson says that Unai Emery will not bring Mesut Ozil back into his Arsenal side because “the manager wants him out”.

The German has only played two matches this season under Emery with his only Premier League appearance of the season coming back in mid-September in a 2-2 draw against Watford.

Ozil has been linked with a move away from the Gunners with Fenerbahce understood to be interested in a loan deal.

On Ozil’s situation at the Emirates Stadium, Merson told the Daily Star: “Mesut Ozil should be starting Arsenal ’s next few games so they can take advantage of how badly Tottenham and Manchester United are struggling.

“Arsenal have to make hay while the sun shines and their rivals are struggling, so they have got to put some points together in these games and go on a run.

“It’s a big few weeks for them – and that’s why I would play Ozil. I personally think he’s their best player. In terms of ability and talent he’s the best player at the club.

“He’s a luxury player, and the manager has obviously decided he can’t carry a player like that in a team that’s already one of the worst around without the ball. Unai Emery should bring him in from the cold. But he won’t.

“If he plays Ozil and they win, he has to keep playing him, and the manager doesn’t want that. The manager wants him out.

“And if that’s the plan then they are going to have to swallow a pill and get rid of him in January come what may. Emery has been getting good performances out of Dani Ceballos, Joe Willock and Reiss Nelson.

“But I thought Ozil was Arsenal’s best player against Watford and he hasn’t played since. That shocked me to be honest.”