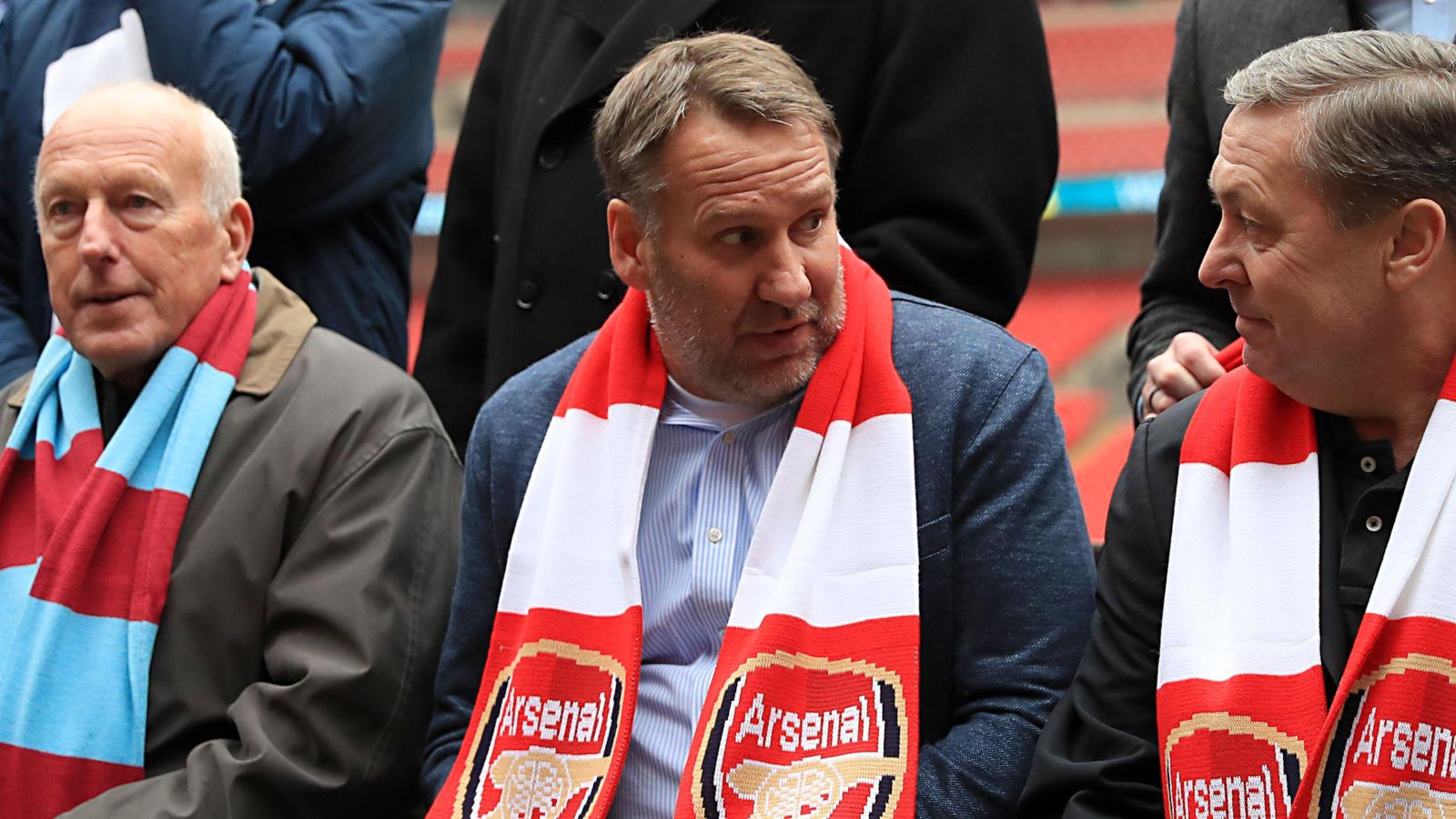 Paul Merson has warned Mikel Arteta that his “job will be under threat” if Arsenal struggle during the 2022/23 campaign.

Arteta has been Arsenal’s manager since the end of 2019. He helped them win the FA Cup that term.

The Gunners struggled in 2020/21 as they finished eighth in the Premier League. But they did fare better last season.

The Londoners ended up fifth in the table as they were just two points adrift of Tottenham Hotspur.

Arsenal have already signed Fabio Vieira, Matt Turner and Marquinhos ahead of next season. They are also set to sign Man City forward Gabriel Jesus.

Merson has warned Arteta “could be in trouble” if Arsenal do not finish in the top four in 2022/23:

“Arsenal is not a project anymore and Mikel Arteta needs to show he can deliver or his job will be under threat,” Merson wrote for The Daily Star.

“It needs to start now. This is it. They need to get top four. If they don’t, I think he could be in a bit of trouble. He can’t keep feeding everyone this line that Arsenal are a work in progress. It’s time to deliver now. This is Arsenal Football Club. Arteta failed last season. He has to get them in the Champions League now. He can’t be allowed to fail again.

“The board seem quite happy with him and the ground is packed out every week. But Arteta is starting to sound like Roberto Martinez. Martinez has this way of talking after his team have lost that’s like the scene from Men In Black when they flick the switch and everyone forgets how horrible it’s been.

“Arteta does it as well. He talks after a game and suddenly leaves you thinking: ‘Oh it wasn’t that bad.’ When it was.

“That needs to change this season. I think it’s all or nothing. And I don’t think there’s a better chance of getting in the top four if I’m being honest. Chelsea still look good for third. But Manchester United are still in disarray in my opinion and Tottenham have Champions League football to distract them. Arsenal have a big chance here and they need to grab it with both hands.”

Merson went onto suggest that Jesus is a “massive” signing for the Gunners:

“He keeps getting in there and he’s a proven goalscorer at this level. Some players, you see them miss a chance and you never see them in the box again. Their heads go down. That doesn’t happen with him. I think he is a big, big signing for Arsenal and could make a real difference.”