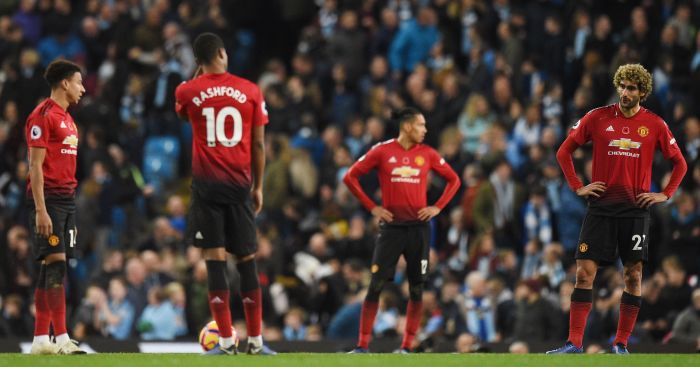 Arsenal legend Paul Merson thinks Manchester United’s players should have worked harder for Jose Mourinho and expects them to “have to wash their shirts this week.”

Mourinho reportedly had a poor relationship with many of his players before he was sacked on Tuesday morning.

The Portuguese coach could only muster two wins from his last eight matches in charge in all competitions with United sitting 11 points off the top four in the Premier League and 19 points adrift of leaders Liverpool.

And Merson thinks the players should have worked harder for “serial winner” Mourinho and shown him the respect he deserves.

“They had the best manager in the world and none of them wanted to run around,” Merson told Sky Sports.

“He’s a serial winner – Jose Mourinho is that good, although he has lost his way a bit. Those players should have worked their socks off for him.

“They went to Valencia with no pressure on them….they had one shot in the first half. Valencia made eight changes. It was embarrassing. How them players can go out this weekend and run around like maniacs against Cardiff is embarrassing. Where’s their professional pride?

“They are Manchester United and they are hovering around eighth or ninth place in the league. What are they doing? It’s always the manager. What? Has he shouted at a few people? That’s the name of the game.

“They are playing for the biggest club in the world. They should be running around like maniacs every week. You watch them at Cardiff… they’ll have to wash their shirts this week.”