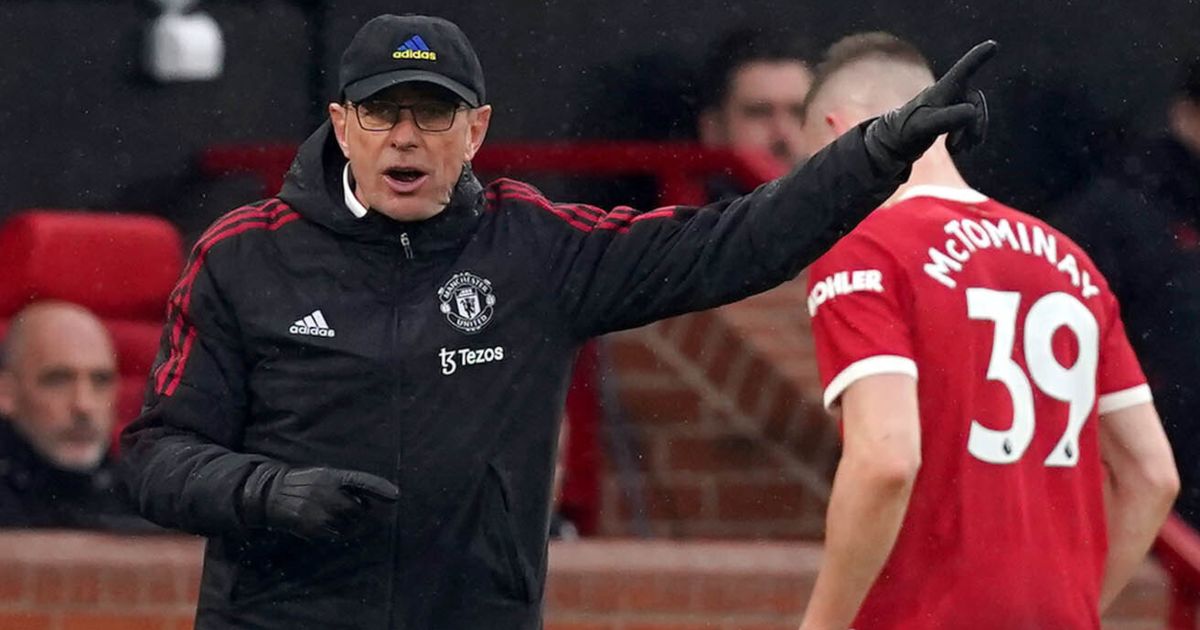 Paul Merson would be “shocked” if Man Utd allowed Ralf Rangnick to move into a consultancy role at the end of the season.

The Red Devils released a statement when appointing the German insisting that he would move upstairs into a consultancy role for two years after completing his role as interim manager until the end of the season.

Rangnick has struggled to get improved performances out of his Man Utd squad since he replaced Ole Gunnar Solskjaer on a temporary basis, while results have been mixed.

After bowing out of the FA Cup at home to Middlesbrough and being held at Burnley in the Premier League, the out-of-sorts Red Devils again started well only to draw 1-1 against Southampton on Saturday.

And Merson thinks Rangnick needs to be “nipped in the bud sooner rather than later” if Man Utd want to be successful in the near future.

Merson said on Sky Sports: “One-hundred per cent [Rangnick won’t be in charge of Man Utd next season]. I’ve got as much chance of being in charge. I just don’t see it.

“I hear so much coming out of Man Utd, at the moment, which is just extraordinary. It never happened before and that’s my worry.

“I don’t see him being there and the way it is going at the moment, if they don’t get in the top four, I’d be shocked if he went upstairs.

“I know that was part of the deal, but I don’t think it’s a good thing. I think this needs to be nipped in the bud sooner rather than later at Manchester United.

“I just can’t believe what they are doing. Just waiting until next season to bring in a new manager, there is a lot of work to be done.

“This is not just bringing a new manager in and let’s go again next season. They are a million miles off and things have to change very quickly.

“I’d have had someone in as soon as possible. You pay £70m to £80m for football players and some of them don’t even play.

“Why wouldn’t you break the bank for managers, if you need to get a manager out of a club. In my opinion, they are very important.

“Some people might say they are not important but for me, they are a must. A great manager makes a great team.”