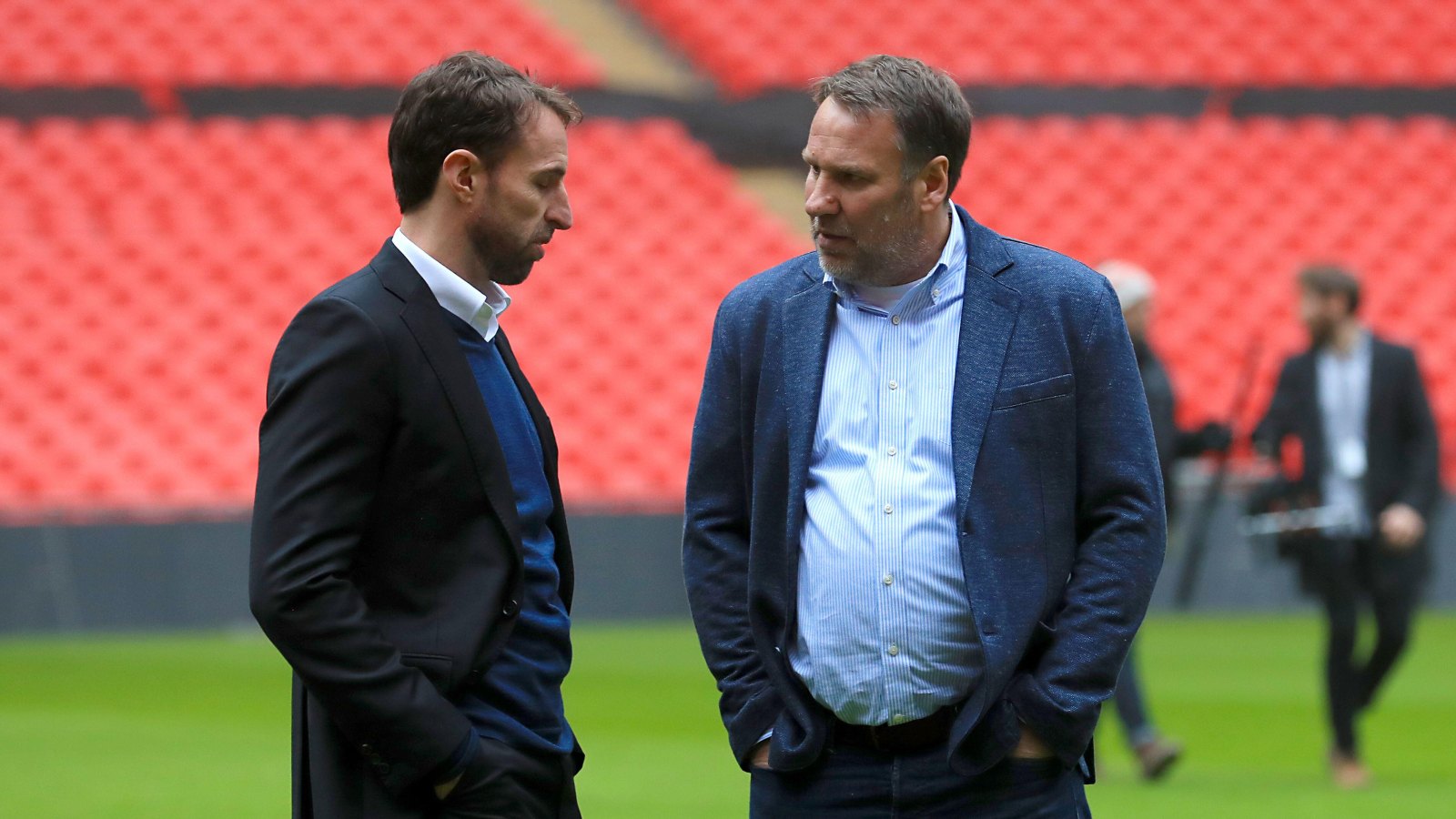 Paul Merson has told Gareth Southgate to let his England side play with ‘more flamboyance’ to give them any chance of winning the World Cup.

Under Southgate, England have reached the semi-finals of the World Cup in Russia in 2018 before losing the final of the European Championships at Wembley to Italy on penalties last summer.

England scored first in the defeat to Croatia in 2018 as well as in the final last year but failed to push on and secure the win and Southgate has copped some criticism for his tactics.

And Merson, who played with the Three Lions boss at Aston Villa, has urged his former teammates to give his attacking players the chance to ‘throw the shackles off’ in the upcoming Nations League games.

In his Daily Star column, Merson said: “There are plenty who will feel they have points to prove for England over these Nations League games starting on Saturday night – and Gareth Southgate should be top of the list.

“It is not the World Cup for all that we are in a decent group and there are no Mickey Mouse games. You cannot replicate the pressure that is going to be on Gareth and his side when we get to Qatar.

“But what these four games against Hungary, Germany, Italy and Hungary again offer is a golden chance to show that we have moved on from the European Championships.

“And for me it is the boss who has to show he has learned lessons. Gareth had a great opportunity in the Euros. If they were a boxer they had Italy on the ropes 1-0 up in the final and they were all over them.

“Instead of going for the killer blow they put their arms up and tried to defend it. That was Gareth’s big mistake and he has to show he has changed.

“Gareth played centre-half and he was a top centre-half; I know because I played with him at Villa and England. He was a very, very good centre-half.

“That has been his football all his career though – being a defensive player – and naturally you are going to have that sort of instinct as a manager as well. It is understandable.

“What I want to see is him throwing off the shackles because if we are going to win the World Cup we are not going to defend our way to it in Qatar, certainly not with the defence we’ve got.

If we are going to win it we have to get on the front foot and play with a little bit more flamboyance at times. We have the talent to do that but key to it is that Gareth has to trust his flair players a bit more.

“That’s not to say you go all gung-ho and say: ‘Right you have a shot’ we’ll have a shot and we’ll back ourselves to win’.”