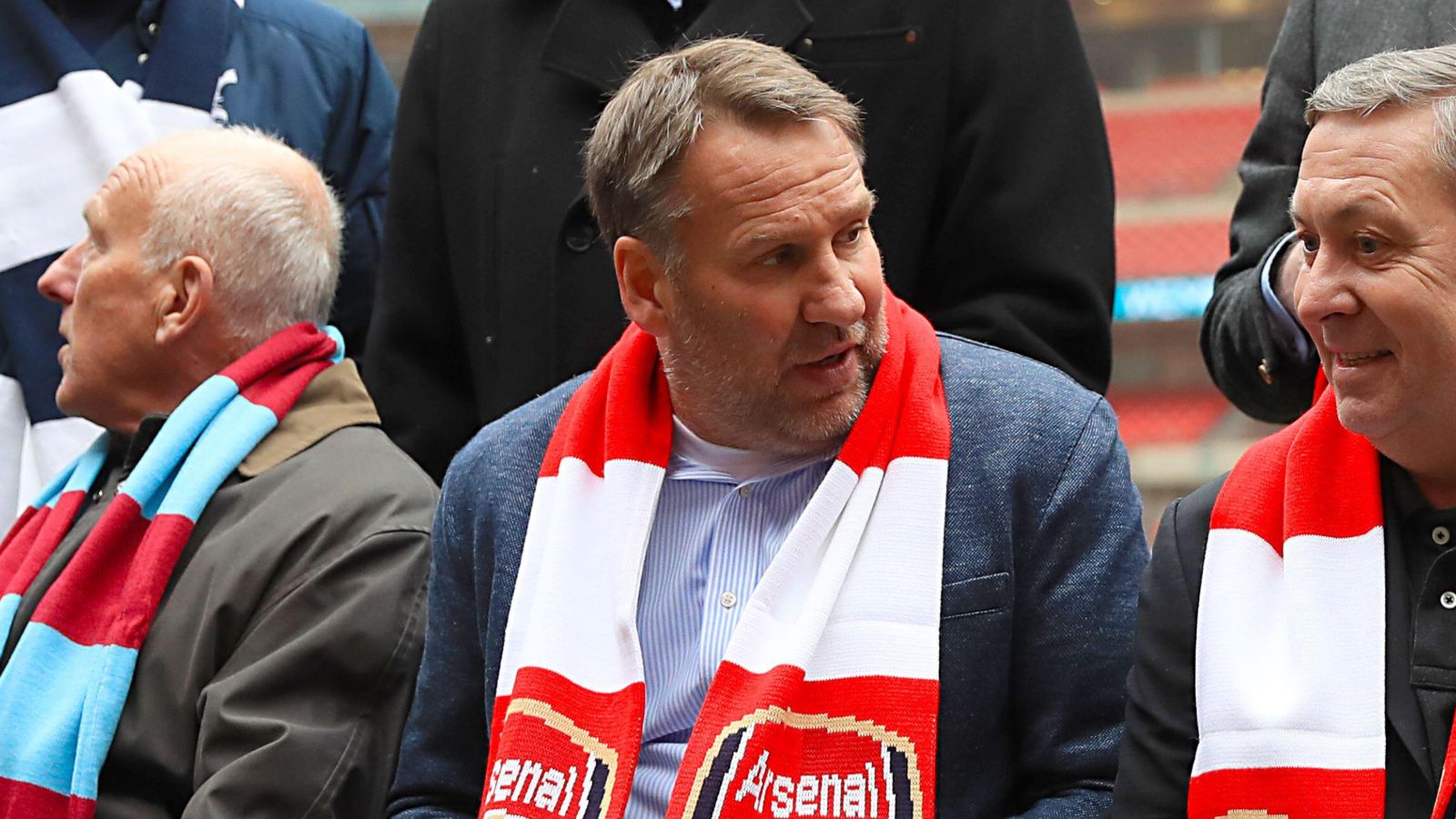 Paul Merson has made his prediction for Manchester United versus Tottenham Hotspur and he thinks this is a “must-win game” for Erik ten Hag’s side.

United’s season so far has been a mixed bag. It was always going to be a campaign of transition under their new manager Ten Hag.

Naturally, their results have been up and down as they have five wins, one draw and three losses in the Premier League.

This places them fifth in the table. They are eleven points adrift of league leaders Arsenal but they have a game in hand.

The Red Devils unperformed as they were held by Newcastle United over the weekend. They have a tough few days coming up as they host Tottenham on Wednesday before they face Chelsea at Stamford Bridge on Saturday.

Both their rivals are above them in the Premier League. You imagine Spurs will set themselves up to be hard to beat when they visit Old Trafford.

During Antonio Conte’s tenure, Spurs have often gone with a conservative approach in away games against their Big Six rivals.

United are seven points adrift of Tottenham, but a win on Wednesday would set them up to close the gap to one point if they make the most of their game in hand.

Merson thinks this clash will finish up 1-1 as Conte “will be the happier of the two managers with a draw”.

He has also called for Man United to leave out Jadon Sancho and play Cristiano Ronaldo up front with Marcus Rashford and Antony.

“This is a hard game to call. Manchester United had a couple of good chances last week, and I don’t think Newcastle picked the right pass at times,” Merson told Sportskeeda.

“I think Cristiano Ronaldo will play this game. I only say that because I know that Tottenham will play everybody behind the ball.

“Manchester United will need to put balls into the box, and Ronaldo is the best header of the ball in the world. I’d leave Jadon Sancho out this week and play Ronaldo, Rashford, and Antony up front.

“If United don’t win this game, they take a draw and a defeat on their trip away to Chelsea. They’re facing two of the top four in their next two Premier League games, and it’s a massive week for them.

“Liverpool could go bang-bang-bang for their nine points, and United could find themselves behind Liverpool by the end of the week. Manchester United have the hardest set of games out of everybody this week.

“This is a must-win game for Manchester United, and I don’t think that is the case for Tottenham.