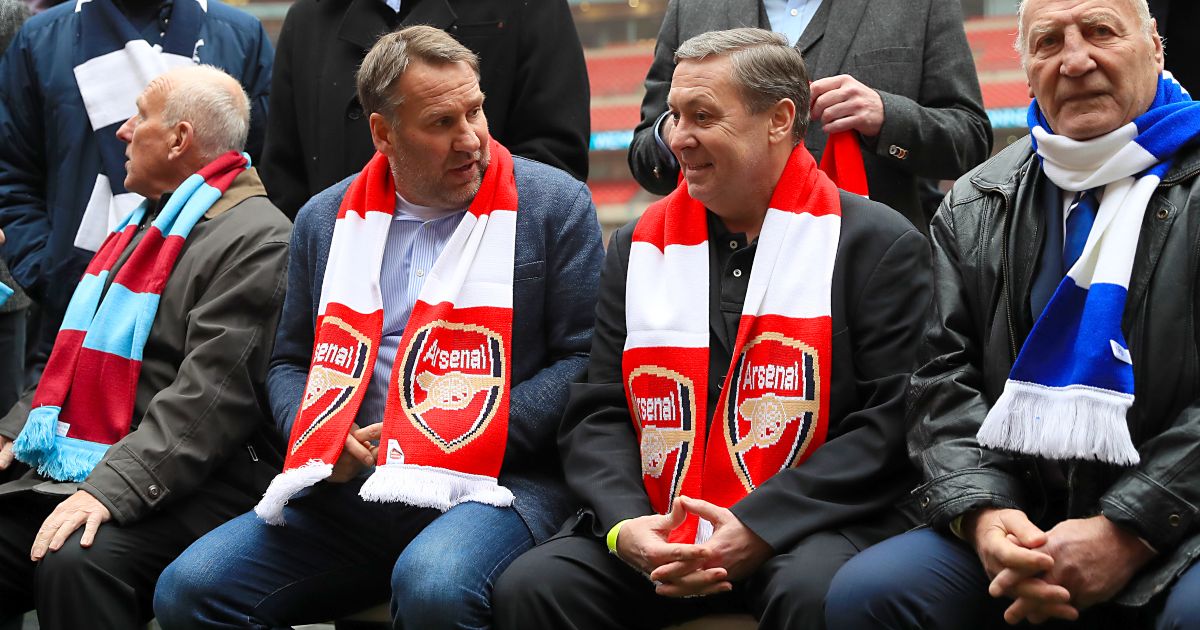 Paul Merson thinks Ole Gunnar Solskjaer will guide Man Utd to a 3-1 win at Watford at the weekend, while he predicts Arsenal to grab a 1-1 draw at Liverpool.

Solskjaer is under huge pressure to get results after the Red Devils lost to rivals Man City before the international break to take their run of defeats to four in their last six Premier League matches.

With only three wins in their last ten fixtures in all competitions, there has been a report in the Manchester Evening News which has claimed Man Utd have privately decided that a change of manager is needed.

But Merson reckons Watford will provide the perfect tonic for Solskjaer with the former Arsenal midfielder adding that a win at Vicarage just “prolongs the inevitable” for the Norwegian.

Merson told Sportskeeda: “This is a perfect game for Ole Gunnar Solskjaer to get his side back to winning ways, so you have to go for a Manchester United win here.

“Now, they’ll beat Watford this weekend and it’ll just cover over the cracks, but in the long run, they’re going nowhere. Absolutely nowhere.

“They will beat Watford and move on, but will they beat Villarreal? I don’t think so.

“Even a draw guarantees them qualification, but they aren’t going to win the UEFA Champions League, are they?

“I think Manchester United will win here and rather comfortably. That said, I predict it to be a harder game than what was the case against Tottenham Hotspur, believe it or not.

“Cristiano Ronaldo and Edinson Cavani have done well together upfront and could once again be chosen to lead the line by Solskjaer.”

Arsenal can leap above Liverpool in the Premier League table if they secure their first win at Anfield in nine years on Saturday.

Merson hasn’t tipped his former side for a win at Anfield but he has predicted a 1-1 draw. The regular Sky Sports pundit said: “This is most definitely the game of the Premier League weekend and a big one for both teams. Liverpool are trying to win the league and have to bounce back from their defeat against West Ham.

“Arsenal, on the other hand, are flying a little bit and are on a run, but they won’t want to be billed as flat-track bullies.

“They need to get a result here against one of the best teams in the country and even if they don’t, there are ways to lose a football match.

“I’ve said since the start of the season that if Arsenal keep their starting XI fit, they can get top four.

“Judging by the aspirations of the two clubs, a draw would be good for Arsenal, while Liverpool will be unhappy with it as they are trying to win the Premier League.

“However, I predict the two sides to share the spoils at Anfield.”