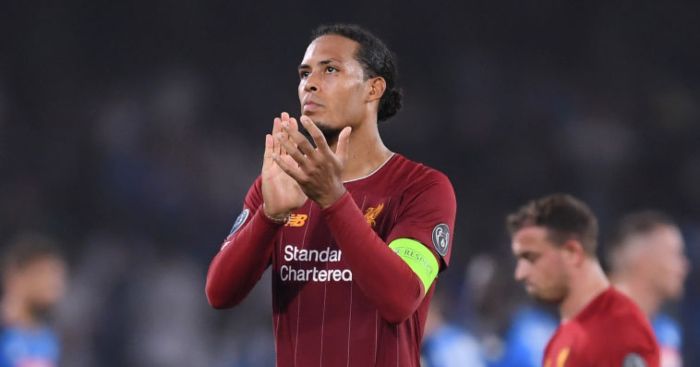 Former Arsenal midfielder Paul Merson has stated he would like to see Liverpool without Virgil van Dijk, while analysing how injury issues have cost Manchester City this season.

The Reds opened up an 11-point lead over City at the weekend following their win over Brighton, leading many to speculate that the Premier League title race is already over.

And Merson believes the biggest difference has been the injury issues sustained by City and he believes that Liverpool would encounter similar troubles if they were hit by the same problems.

“For however great a team they are, and they are, Pep Guardiola has had his injuries at just the wrong time. Sergio Aguero has just got injured, you cannot afford to miss Aymeric Laporte. They are two big football players for them and then all of a sudden you have to take Fernandinho out of the midfield.

“It all starts from the front and no Aguero… he is probably one of the best Premier League centre forwards of all time, so they have been unfortunate.

“I would like to see Liverpool with Van Dijk injured for three months like Laporte and then take out a Sadio Mane or Mohamed Salah for a while. But Liverpool have been quite fortunate as a lot of their players play a lot of football and they play the same team.”