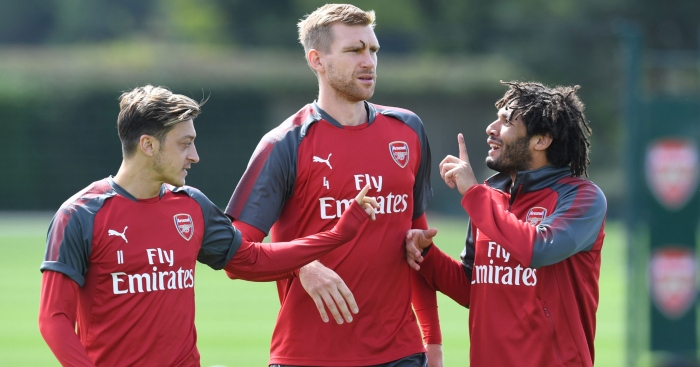 Former Arsenal defender Per Mertesacker has been asked to name an XI of the best players he played alongside during his career.

The German centre-back won 104 caps for the national side and featured for Hannover and Werder Bremen before finishing his career at The Emirates and he has played with some giants in the game.

The 34-year-old, who was given a testimonial by Hannover over the weekend, hung up his boots at the end of last season.

Mertesacker was replaced by his father with a minute to go in the Hannover 96 friends v a World XI in front of 40,000 fans.

He was asked who the best players are who he has played with, and despite seven years with Arsenal he named just two Gunners in his XI – Laurent Koscielny and Mesut Ozil.