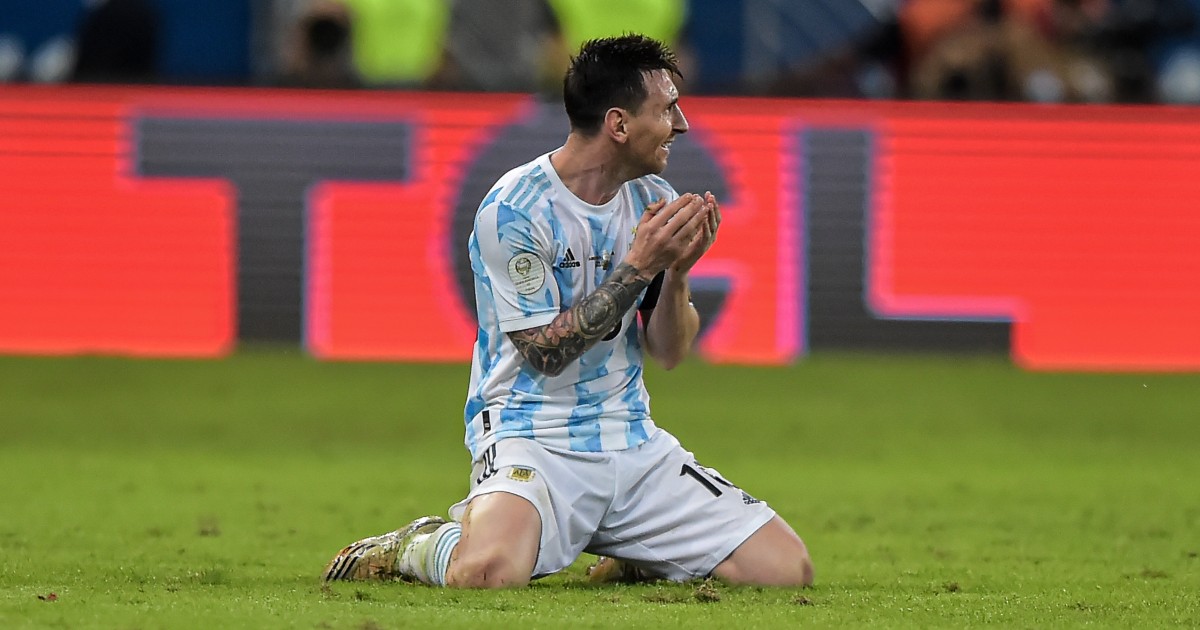 Lionel Messi ended his long wait for a major trophy with Argentina after a 1-0 win against Brazil in the Copa America final.

The 34-year-old, currently a free agent after his contract at Barcelona expired, fell to the floor at full-time in a sign of huge relief, while his former team-mate Neymar was in tears after he was unable to inspire Brazil to victory.

It was a huge hurdle crossed for the six-time Ballon d’Or winner, who has been a beaten finalist on four separate occasions with Argentina – three times in the Copa America and once in the World Cup.

The match was decided by a goal midway through the first half from Angel Di Maria, who lobbed Manchester City goalkeeper Ederson following a perfect Rodrigo De Paul pass.

Brazil were poor throughout the contest and struggled to test Emiliano Martinez at the other end. Everton forward Richarlison had Brazil’s best chance when he forced the Aston Villa keeper into a save.

Messi, who was named player of the tournament – a prize he shared with Neymar – after his four goals helped Argentina lift the trophy, should have found the net himself at the Maracana, but with the goal at his mercy he slipped when through one-on-one against Ederson.

It mattered not and, 16 years after making his debut for Argentina, Messi finally got his hands on an international title.

In the process, he silenced critics who had always pointed to his lack of success with his country as a reason why he should not be considered the best player of all time, despite his brilliance at club level.

“The happiness is immense,” said Messi after the game as he also praised the attitude of the Argentina squad. “Many times I dreamed of this.

“I had a lot of confidence in this group that became very strong since the last Copa America. It is a group of very good people, who always push forward, who never complain about anything.” 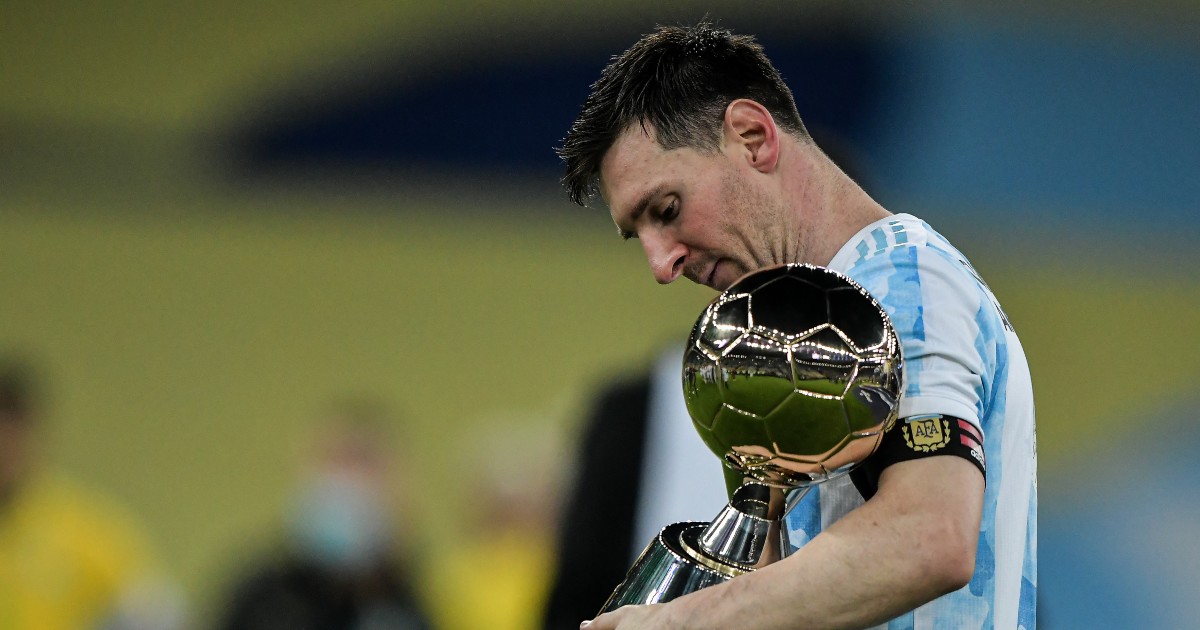