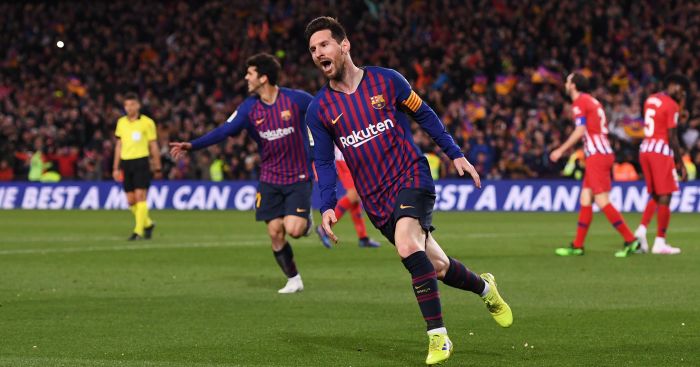 Lionel Messi has the option to leave Barcelona for free at the end of every season as a transfer clause was included in his current contract.

The Barcelona legend’s current deal, signed in 2017, runs out in 2021 but Messi could leave at the end of this season, according to El Mais.

Carles Puyol, Xavi and Andres Iniesta were all thought to have had similar agreements at Barca, allowing them to leave for free.

Messi hit 51 goals last season in all competitions, as Barcelona went on to retain their La Liga title.

The 32-year-old has always been tipped to finish his playing days at the Nou Camp, though has previously hinted about returning to Argentina to play for his childhood club Newell’s Old Boys.

Barcelona’s Gerard Pique has said he has known about the clause in Messi’s contract for some time, but is not concerned about the Argentinian’s commitment to the club.

‘I already knew Messi is able to leave for free at the end of each season,’ Pique told Cadena Ser.

‘But we all know the commitment Leo has to Barca and it doesn’t worry me at all.

‘He’s earned the right to be able to choose what he does with his future after everything he’s given the club.’