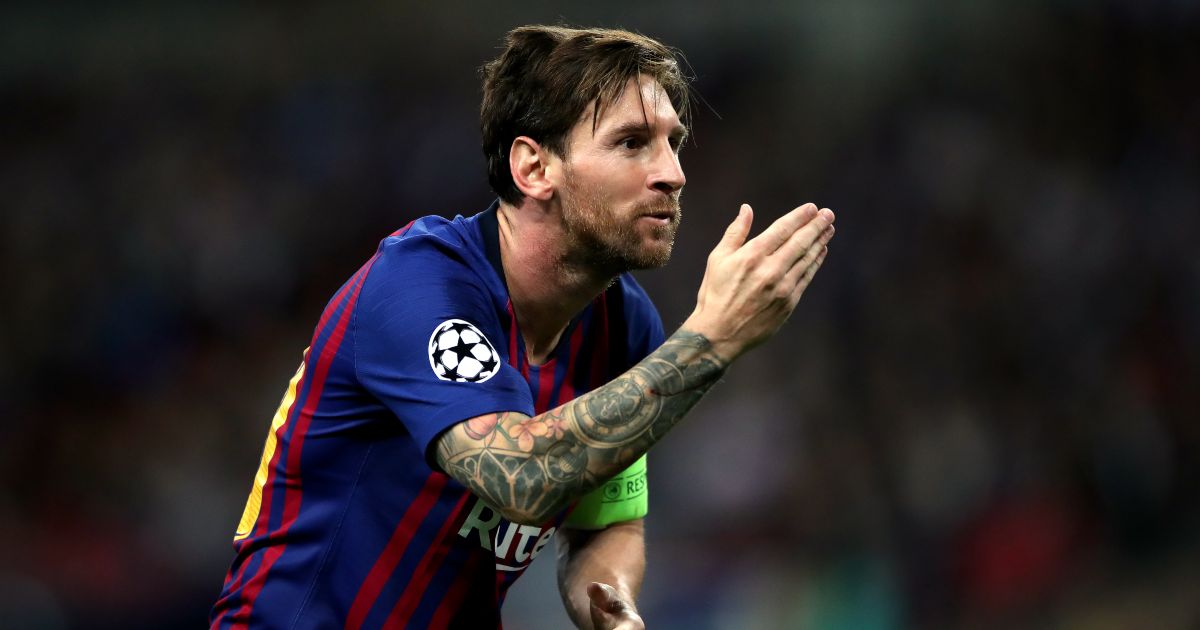 Lionel Messi says he hopes he can “can come back and be part of” Barcelona in the future in an emotional farewell speech.

The Catalan giants announced last week that Messi would be leaving the club after winning ten La Liga titles, seven Copa del Reys and four Champions Leagues during his 17 years in the first team.

Barcelona had agreed a new contract with Messi in principle but the La Liga salary cap has forced them to abandon the deal and release Messi this summer.

Paris Saint-Germain now look like his most likely destination this summer with the French club reportedly offering him a £34m a year deal.

Messi addressed Barcelona fans for one last time on Sunday, entering the stage in tears after getting a huge round of applause.

Messi said: “We have had some good times and some bad times as well, but the love people have shown me has always been the same.

“I hope that I can come back and be part of this club in any moment, in any way and bring something to help this club be the best in the world.

“I am forgetting so many things that I wanted to say, but that’s all I can say right now. I’ve thought about it a lot, but the words won’t come to me. Thank you to everyone.”

Greatest Applause
Of
All
Time pic.twitter.com/YoJt8nkTZc

Messi added: “After 21 years I’m leaving with my three Catalan Argentine kids. We’ve lived in this city, this is our home. I’m just really grateful for everything, all my team-mates, everyone who has been by my side.

“I gave everything for this club from the first day I arrived to the last. I never imagined having to say goodbye as I didn’t think about it.

“A lot of things have gone through my head. I’ve still not come to terms with the reality of leaving this club now and changing my life.

“We need to accept it and move forward.”

On not being able to say farewell to the fans properly, Messi continued: “I love this club. Without seeing the fans for over a year and a half has been very hard.

“If I had imagined it [his leaving speech] I would’ve imagined the Camp Nou full and being able to say goodbye properly.”