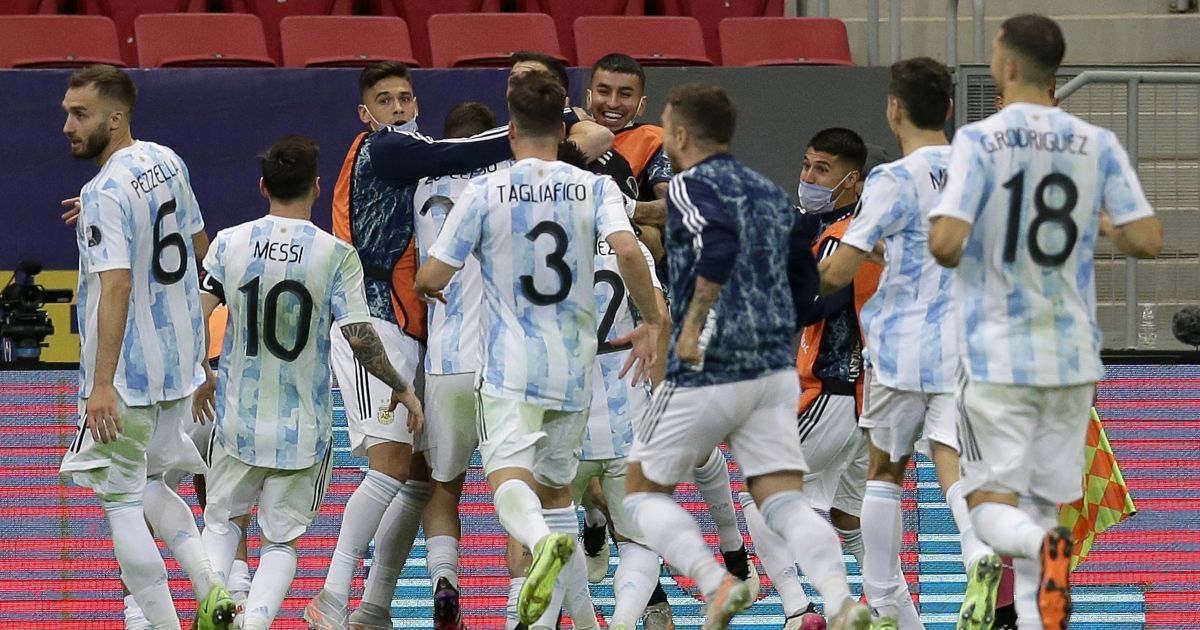 Martinez made three saves as Argentina beat Columbia on penalties to set up a Copa America final against arch-rivals Brazil.

The 28-year-old followed up a brilliant season in the Premier League for Aston Villa by becoming the Albiceleste’s latest hero.

Lautaro Martinez opened the scoring in the first half, with Messi setting up the Inter Milan striker, before Luis Diaz forced the shootout with a 61st-minute strike for Colombia.

However, Argentina’s goalkeeper came out on top in the penalty shootout.

“We have Emi, who is a phenomenon,” said Messi. “We trusted him. We achieved the goal of being able to play all the games and now we are going to the final.”

Argentina head coach Lionel Scaloni added on Martinez: “We are very happy with Emiliano’s performance, not only because of the penalties, but also because of the security that he is transmitting. The group of defenders is permanently supported and we like that.”

Martinez swapped Arsenal for Aston Villa last summer after finding himself behind Bernd Leno in the pecking order at the Emirates Stadium.

And back in March, he admitted that he didn’t think Arsenal deserved him, he told Sky Sports: “I love everything about Arsenal. I still love them and I’m still watching the games, but I just felt like they didn’t trust me like they should have.

“That’s the reality because they kept buying goalkeepers to go in front of me and I was the goalkeeper from the academy.

“They didn’t say to me that I wasn’t going to play, they just didn’t guarantee me the games that I wanted to play.