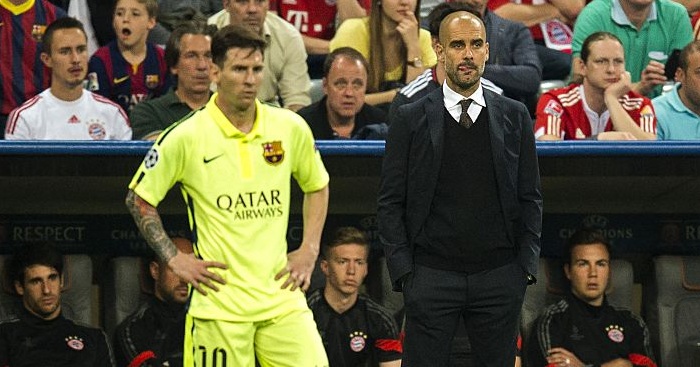 Barcelona star Lionel Messi has named his two demands if he is to make the move to Manchester City.

The Argentinian forward was involved in a summer-long dispute with Barcelona. He had his heart set on leaving, but he eventually agreed to remain at the club until January at the earliest.

He argued that there was a clause in his contract that allowed him to leave for free. Club president Josep Bartomeu disagreed and claimed any suitors would have to pay £600m to get him.

This made any summer move for Messi impossible, but his contract does expire at the end of this season.

It is believed that Messi still wants to leave Barcelona. Man City have long-been rumoured to be targeting the forward.

Argentine outlet El Chiringuito have reported, as cited by Sport Witness, that if a deal is to happen, Messi wants assurances that Pep Guardiola and Sergio Aguero will still be at the club.

The Man City boss managed the attacker for four years during a fantastic spell of success for Barcelona. Messi is also close friends with Aguero and they play together for Argentina.

The report adds that the English side are still favourites to sign Messi and they remain ‘best placed’ to sign him next summer.