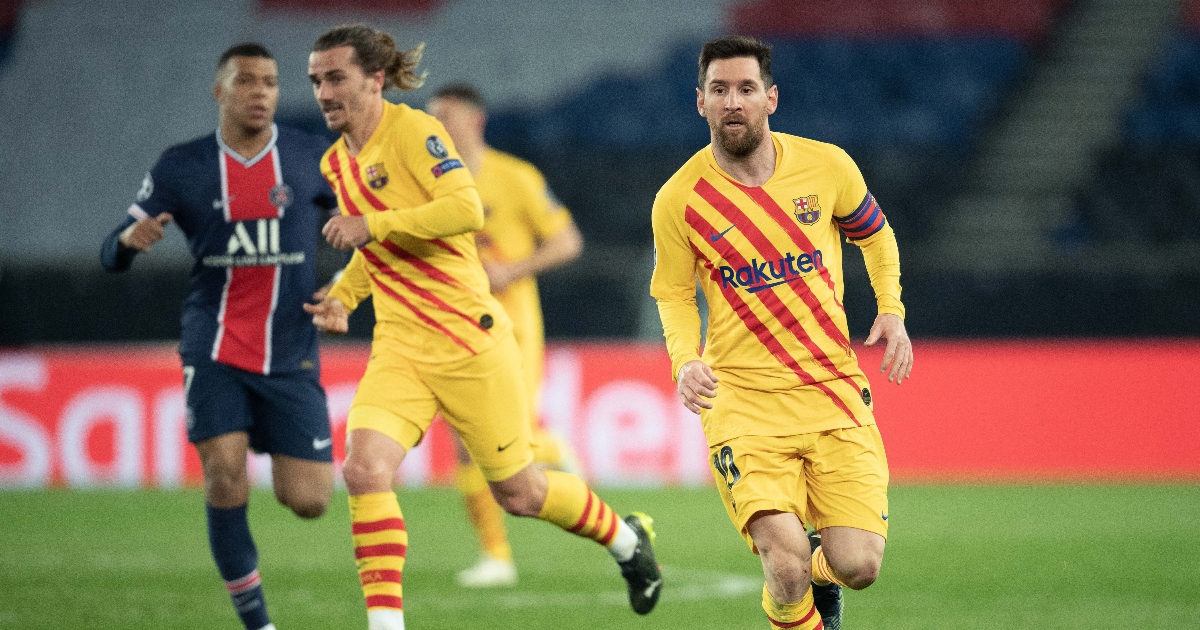 Lionel Messi is due to have a press conference at the Nou Camp on Sunday to discuss his departure from FC Barcelona, with a move to Paris Saint-Germain looking likely.

Barcelona announced on Thursday that Messi was leaving the club because “financial and structural obstacles” are preventing him from signing a new deal.

The forward has spent his entire career with the Spanish giants. He has won the Ballon d’Or on six separate occasions as, alongside Cristiano Ronaldo, he has been considered one of the best players in the world throughout his career.

The 34-year-old has netted a remarkable 672 goals from 778 outings for Barca.

Club president, Joan Laporta, spoke in a press conference on Friday morning to explain the decision, claiming it was one he deeply regretted.

Journalist Fabrizio Romano confirmed on Saturday that Messi will give a press conference on Sunday with millions of Barca fans likely to tune in.

PSG and Manchester City unsurprisingly emerged as favourites to sign the Argentinian as soon as the news broke.

However, the Ligue 1 club are in pole position with Messi keen to make the move to the French capital.

BBC confirmed that Messi’s camp contacted PSG on Thursday and further talks are taking place on Saturday with the French outfit ‘increasingly confident a deal can be put together’.

French outlet L’Equipe (via Get French Football News) reported that PSG are to offer a three-year contract with the final year likely to be optional.

Ahead of their league opener against Troyes this weekend, manager Mauricio Pochettino said that the club are “working” while not giving a lot away.

The PSG hierarchy may have to sell a number of players due to the pressure of French football’s financial regulator.

Elsewhere, Everton star James Rodriguez has told Lionel Messi to join Juventus so he can play alongside Ronaldo.

30-year-old Rodriguez, currently preparing for the new Premier League campaign with Everton, has given his take on Messi’s future.

The Colombian said on Twitch (via Goal): “Messi should go to Juventus and play with Cristiano Ronaldo.

“It would be a bomb. It’s the dream of many fans to see those two play together.

“Messi managed 30 goals and 30 assists for Barcelona per year at least. Now they will have to look for other players to do that.”