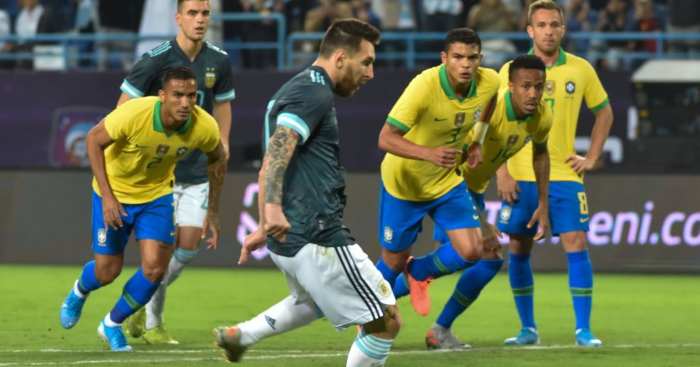 Tite says comparisons between Lionel Messi and Pele have “no credibility” as the former Brazil striker had no weaknesses.

The Brazil coach claimed on Friday that Messi told him to shut up as they exchanged words during a friendly against Argentina in Riyadh.

It is 50 years on Tuesday since Pele scored his 1,000th goal and Tite thinks his compatriot is still ahead of anyone else as the greatest footballer of all time, including Messi.

Tite said (via Goal): “Pele is incomparable. Anybody who wants to compare Pele to any other athlete…do you know what I do? I hear but I don`t listen.

“It’s as if this person doesn’t know the history of this man’s quality… this guy was phenomenal. Once I said that Messi is extraordinary.

“I meant he’s extraordinary to the present time and among humans, with his creativity. Pele is out of normal patterns and I’m not saying this because I’m a Brazilian. You can’t find a defect.

“If somebody comes to me and starts to make comparisons, for me it has no credibility.”