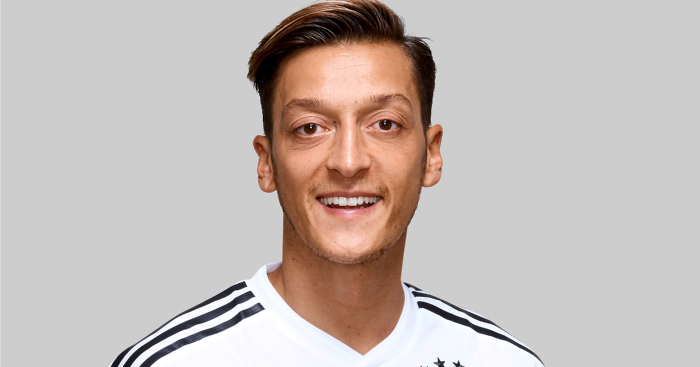 Germany coach Joachim Low has no concerns over whether goalkeeper Manuel Neuer or midfielder Mesut Ozil will be ready for the champions’ World Cup opener.

Despite missing most of Bayern Munich’s season with a foot injury, Neuer is in line to start against Mexico in Moscow on Sunday after playing in Die Mannschaft’s warm-up games against Austria and Saudi Arabia.

Arsenal playmaker Ozil, meanwhile, had been carrying a minor knee problem picked up during the friendly defeat against Austria before heading to Russia.

Low, however, moved to allay fears over either players’ fitness at a pre-match press conference on Saturday.

He said: “Neuer is making a very stable impression on me. The last few weeks he has been very focused, very calm, he has worked hard to come back.

“The two matches have helped him for sure. He looked very self-confident in those matches and in training – it’s the Manuel Neuer we know.”

Ozil – who missed the closing games of Arsenal’s Premier League campaign due to a back injury – was kept out of Germany’s final warm-up match with Saudi Arabia as a precaution.

The Gunners midfielder, though, is expected to be available for selection if called upon at the Luzhniki Stadium.

The 2014 champions go into action in Russia looking to become the first nation to win back-to-back World Cups since Brazil in 1958 and 1962.

Low, who admits he is still “pondering” over a couple of positions, said: “Defending the title is the hardest thing, history has shown us that. Nobody has won two in a row for a long time.

“But our ambition and our hunger is always there. There is no bigger event for a player than the World Cup finals.

“We cannot get ahead of ourselves, we first have to send a message by winning this first game.

“Mexico have a dangerous front three, it will be a big test for our defence.

“As always, we want to win our first game, but Mexico are a difficult opponent.”

Low, who surprisingly left Manchester City winger Leroy Sane out of his 23-man squad, assured Julian Draxler of a starting place for the opener.

And the Paris St Germain playmaker, who captained Germany to victory at last summer’s Confederations Cup with a 4-1 semi-final win over El Tri, said: “Mexico are a strong and dangerous team in the group who we should not underestimate – but if we put our qualities into play, I’m sure we’ll win the game.

“The Confed Cup is something different than a World Cup. You should not overestimate the 4-1 in the semi-finals. It will be a new game and a new tournament.”