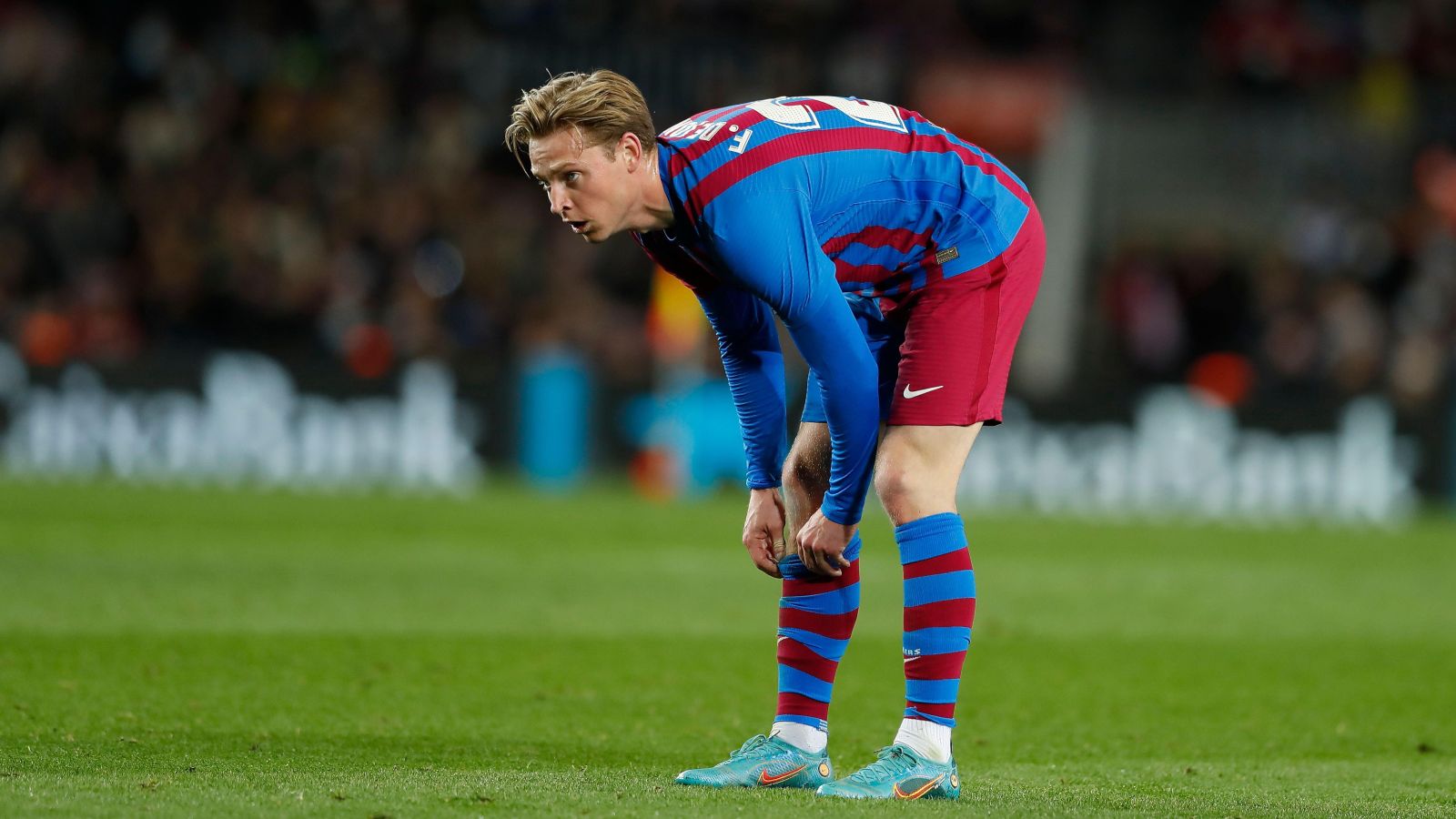 Rene Meulensteen thinks Frenkie de Jong will help Man Utd to become “much more dominant” on the ball next season if he signs from Barcelona.

The Netherlands international has been made Erik ten Hag’s top summer target after the Dutchman took over as Man Utd boss at the end of the last campaign.

Man Utd are yet to get a deal for any of their targets over the line this summer but recent reports have indicated that the potential De Jong transfer appears to be gettting closer.

Transfer expert Fabrizio Romano said on Wednesday that the Red Devils and Barcelona are ‘both clear that the final value of Frenkie de Jong deal will be €85m package. Discussions ongoing on the €20m add-ons structure, so it takes time – guaranteed fee is €65m’.

Manchester United and Barcelona have both clear that the final value of Frenkie de Jong deal will be €85m package. Discussions ongoing on the €20m add-ons structure, so it takes time – guaranteed fee is €65m. 🇳🇱 #MUFC

Personal terms to be discussed with Frenkie right after.

There were rumours that De Jong had a ‘refused’ a transfer to Man Utd as he wanted to stay at Barcelona but only hours later The Guardian dismissed those reports, claiming the 25-year-old is open to joining.

And Meulensteen – who was joined by former Man Utd players Jaap Stam and Raimond van der Gouw on Voetbal International – has explained how De Jong can improve the Red Devils.

“In Erik’s way of thinking it is a logical first purchase. Frenkie is of course a great footballer and I would really like to see him at United,” Meulensteen told Voetbal International.

“He is technically very strong. That should also be a lot better at United. If you just look at the statistics: that the opponent regularly has more possession would have been unthinkable with us. Frenkie can help them to be much more dominant.”

Former Man Utd coach Meulensteen added: “But you do get Frenkie out of another league. In Spain, the ball doesn’t go through the air, everything goes over the ground. Just like in the Netherlands, but at a faster pace.

“The Premier League is a different story. In the Premier League you can’t just play your own game every time, because opponents are also constantly strengthening themselves with very good players.”