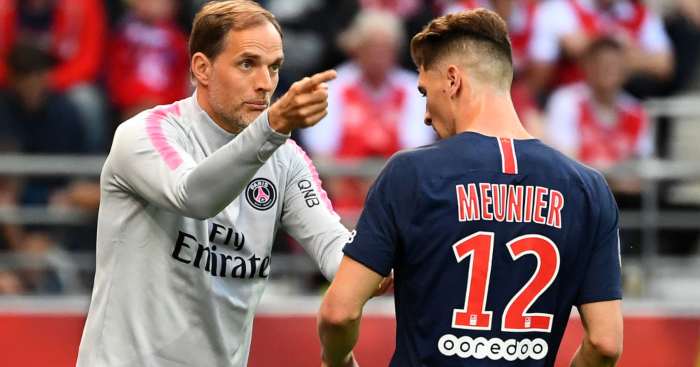 Paris Saint-Germain defender Thomas Meunier is keen to sign for Manchester United this summer but the Premier League side have someone else in mind, according to reports.

The Belgium international is entering the final year of his contract at PSG and is being linked with a host of clubs including United, Arsenal and Everton.

Meunier has played 29 times this season in all competitions, scoring five goals and providing four assists from full-back.

The 27-year-old was linked with a move to United in L’Equipe at the end of April with the French newspaper claiming a €25-30million transfer is ‘likely’ this summer.

Over a month on and L’Equipe (via Sport Witness) are still linking Meunier with Old Trafford, with a fresh report on Thursday saying that the Belgian ‘dreams’ of playing for Ole Gunnar Solskjaer’s side.

Despite that, the French publication reckons United ‘favour’ another man, ‘for now’, in the form of Crystal Palace full-back Aaron Wan-Bissaka.

The report adds that there has been no offer for the PSG defender and that the Ligue 1 side want ‘at least’ €20million for him.