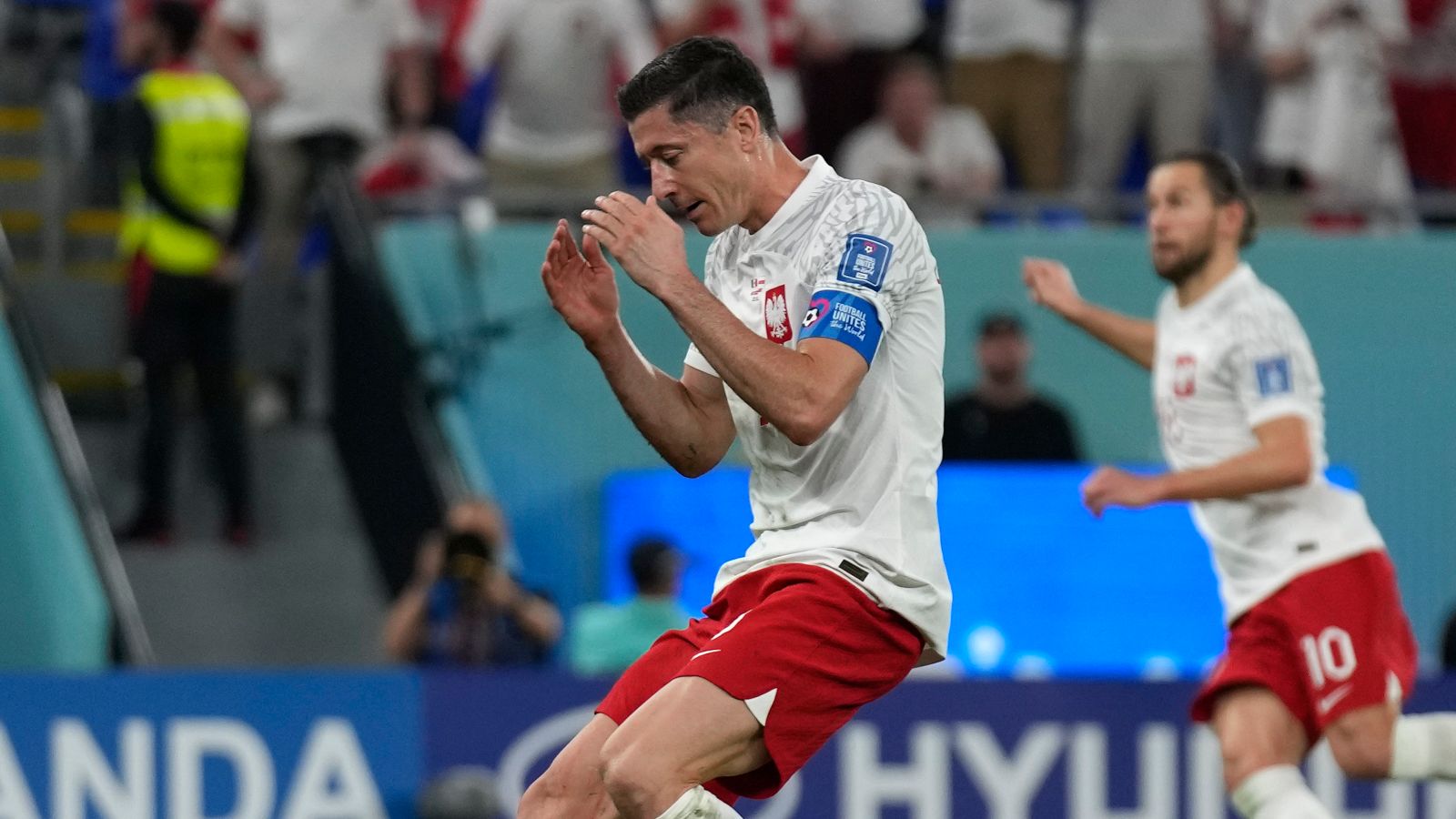 Robert Lewandowski’s penalty in the second half was saved by Mexico goalkeeper Guillermo Ochoa as the Group C rivals were made to settle for a point apiece.

Mexico shot-stopper Guillermo Ochoa got down well to deny Lewandowski from the penalty spot.

The Barcelona forward muscled his way towards goal before being brought down by Hector Moreno.

The early exchanges went to script, with Mexico dominating the ball and Poland happy to sit deep.

In a stadium partially built from old shipping containers, Poland looked suitably all at sea in the fifth minute when defender Jakub Kiwior was caught dawdling on the ball by Hirving Lozano who scampered away down the right.

He sent a cross to the far post, but Alexis Vega scuffed his attempt at a volley and the danger passed.

Both sides were struggling to play the decisive final ball in promising positions in the first quarter of the match, while Lewandowski was public enemy number one for the Mexican fans, who massively outnumbered their Polish counterparts in Ras Abu Aboud. Every touch or involvement from the Barcelona star was loudly jeered.

Vega had Wojciech Szczesny in the Poland goal scrambling, but his far-post header from Hector Herrera’s delicate cross was just wide. Mexico were beginning to assert themselves and a lofted pass from Luis Chavez released the marauding Jesus Gallardo.

Szczesny came and missed but, fortunately for him, Bartosz Bereszynski bailed him out as Gallardo looked poised to score. The Juventus goalkeeper redeemed himself by tipping a rising shot from right-back Jorge Sanchez onto the roof of the net.

A low-quality encounter burst into life with Lewandowski’s penalty miss, and Mexico were screaming for one of their own moments later when Vega went down, but nothing was given.

Szczesny parried away Henry Martin’s glancing header, but the game drifted again. Piotr Zielinski’s corner from the right found its way to Grzegorz Krychowiak at the far post, but his effort went across goal, rather than towards it.

The Mexicans bellowed again for a penalty as the game entered the final five minutes of regular time, but Lozano appeared to foul Matty Cash rather than the other way around.

Krychowiak blasted over a long-range right-foot shot deep into seven minutes of injury time, but it was an effort which summed up a pretty dismal match.