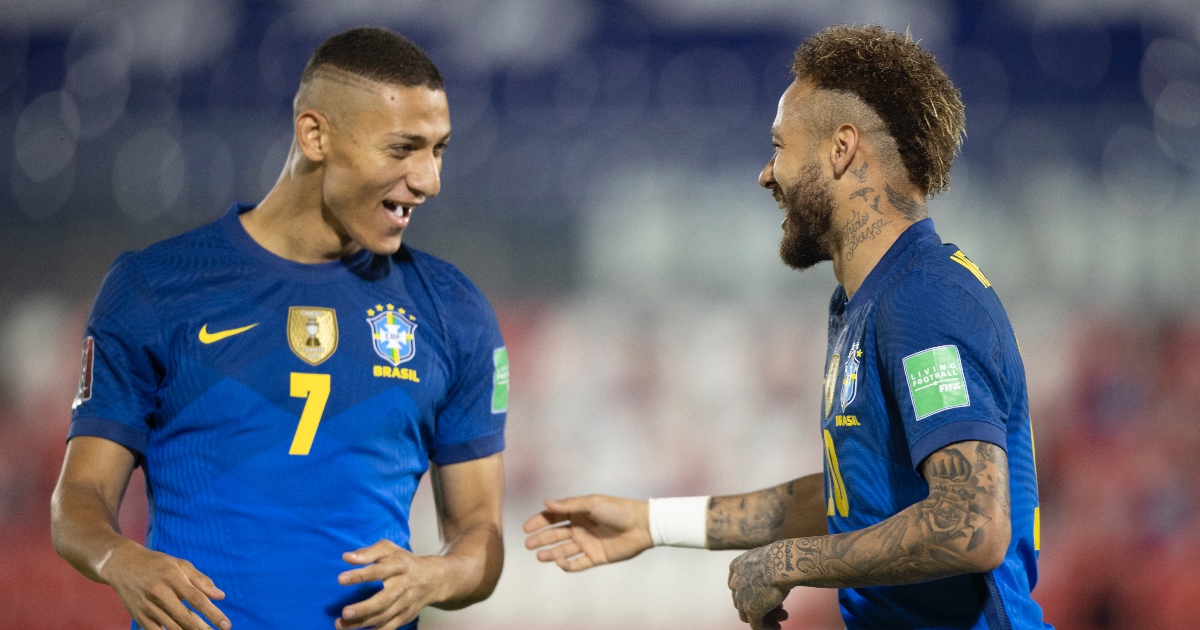 Paris Saint-Germain forward Neymar is said to be pushing for the Ligue 1 club to sign Richarlison, with the Everton striker’s agent in Paris for talks.

Mauricio Pochettino is thought to want the Brazilian as a replacement for Kylian Mbappe, who is expected to make his move to Real Madrid this summer.

Mbappe is set to join the La Liga side in a deal worth £138million, having told his PSG teammates and the board that he wants to leave the club.

But they will want at least one further addition this summer to replace Mbappe, with their top target said to be Richarlison.

Sky Germany (via the Express) claim that the Brazil international’s agent, Giuliano Bertolucci, landed in Paris yesterday to begin negotiations with PSG.

Everton will be desperate to keep their star striker, particularly at this stage of the window, but Richarlison has consistently stated his desire to play Champions League football.

And the report also claims that Brazil teammate Neymar – with whom Richarlison played alongside as they lost the Copa America final to Argentina – is pushing to make the transfer happen.

But Everton boss Rafael Benitez has confirmed that the club are not looking to sell the 24-year-old.

The boss told his pre-Brighton press conference: “We are not considering selling him [Richarlison].

“He is our player, we are really pleased with him, really happy. Hopefully he can score a lot of goals this year for us.”

Richarlison is not the only Everton player linked with a move away from the club, with Moise Kean also falling under that category.

“Obviously we have some players that people know that they are good players,” Benitez added.

“There are rumours about this, but this speculation is something you [journalists] have to do because you need to give information to the fans.

“But for us, coaches, we have to concentrate on what we have. And, at the moment, we have our players here – we have an important game against Brighton and we will do our best to make sure we’re ready, that’s it.”