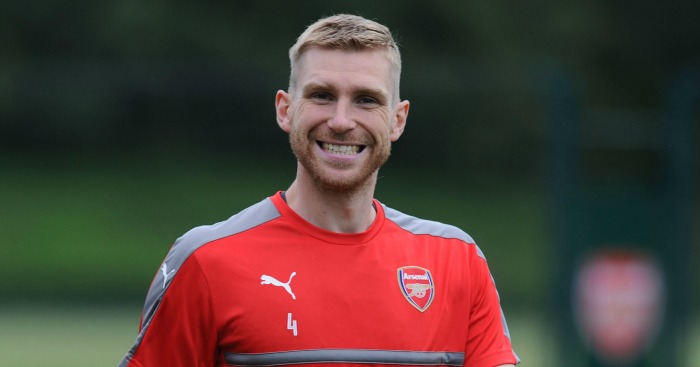 We are all desperately awaiting the start of the Premier League season but, for some, the campaign is already going badly. Using the excellent Physioroom, here are those who will miss the first weeks of 2016/17, at least. Why are everyone’s knees so broken?

Goalkeeper: Loris Karius (Liverpool)
Injury: Broken hand
Estimated return date: Early October
Details: Karius had designs on taking away Simon Mignolet’s No. 1 place, but that battle will be hampered by the injury sustained in a pre-season friendly against Chelsea.

Centre-back: Vincent Kompany (Manchester City)
Injury: Thigh strain
Estimated return date: September
Details: Likely to return in the second month of the season, but the formula ‘Kompany – pre-season’ could easily lead to a spate of other muscle problems. Pep Guardiola will be crossing his fingers.

Centre-back: Per Mertesacker (Arsenal)
Injury: Knee
Estimated return date: January 2017
Details: There were concerns over Mertesacker’s lack of pace before this injury. If Arsenal sign Shkodran Mustafi, BFG might be left sitting on the bench eating snozzcumbers.

Thanks for all the get well soon messages. Doc said he built in a 20 goals guarantee. No striker rumours anymore 🙂 pic.twitter.com/yC1tdDCI6h

Central midfielder: Ilkay Gundogan (Manchester City)
Injury: Knee
Estimated return date: Mid-September
Details: Nobody doubts that Gundogan has the talent to be one of the best central midfielders in the world. His injury record means that statement will always be followed by an asterisk.

Left midfield: Manuel Lanzini (West Ham)
Injury: Knee
Estimated return date: Mid-September
Details: Lanzini’s permanent deal to join West Ham may have been confirmed, but he then suffered a setback when preparing for the Rio Olympics. “Manuel Lanzini’s injury is a blow,” said Slaven Bilic. “It’s not a big injury but he can’t play for the next four or five weeks.”

Manuel Lanzini back working hard in the gym ⚒ pic.twitter.com/ufVE1ka4pt

Forward: Danny Welbeck (Arsenal)
Injury: Knee ligament
Estimated return date: February 2017
Details: It had initially been expected that Welbeck could miss the entire season, but scans reveal that he is healing ahead of schedule. He’s still not a true Arsenal player, then?

Forward: Diafra Sakho (West Ham)
Injury: Back
Estimated return date: Errr, dunno
Details: Sakho was all set to move to West Brom before a medical diagnosed a pre-existing back injury. How long that keeps him out for is unclear.