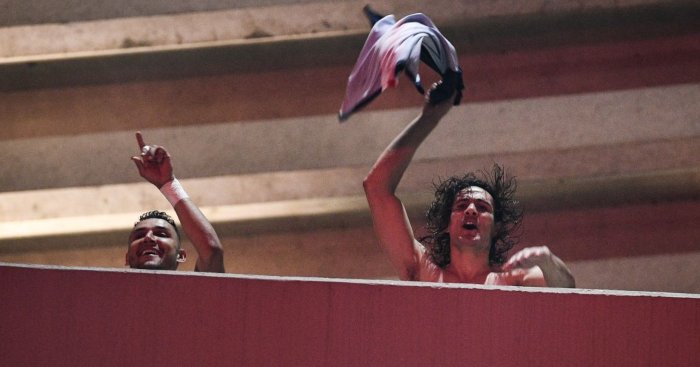 Cavani had been with PSG since 2013, as he joined from Serie A side, Napoli. The striker had a remarkable goal-scoring record for the French side.

Over his seven years at the club, he featured in 301 games in all competitions, and he scored 200 goals.

The 33-year-old departed the French club in the summer as his contract with them expired.

He is yet to join a new club but there are reports that Man Utd will imminently announce the arrival of Cavani.

The Red Devils have been heavily criticised by a number of pundits over a move for Cavani, with former Man Utd defender Gary Neville far from convinced.

However, Richards think he will be a great buy for Man Utd, he told BBC Sport: “People need to put more respect on Edinson Cavani’s name. He is world class.

“I know he is 33, but he has still got top quality. He is exactly the player Man Utd need right now.

“He presses from the front, he scores goals.

“He is not going to be a part of a five-year plan, but as a stop-gap, to give United more time to bring in players over the coming seasons, for me he would be a massive player for Manchester United.”

Meanwhile, it seems the Red Devils will miss out on signing Jadon Sancho in this window with the clubs reaching an impasse over the transfer fee.

Richards added: “Manchester United fans will be disappointed they are not getting Jadon Sancho because we all know he is a top quality player.

“£100million was a little bit too much for me, I thought £75m was about right, but because he is so young and has so many attributes fans will be disappointed.

“People don’t take into consideration that it is not just the transfer fee, it’s his wages as well. It could have added up to a £170m deal, which is a lot of money and a lot a pressure for a young player like that as well.”