"Jordan has never been near a dressing room with Daniel, so how would he even know what he was like?" 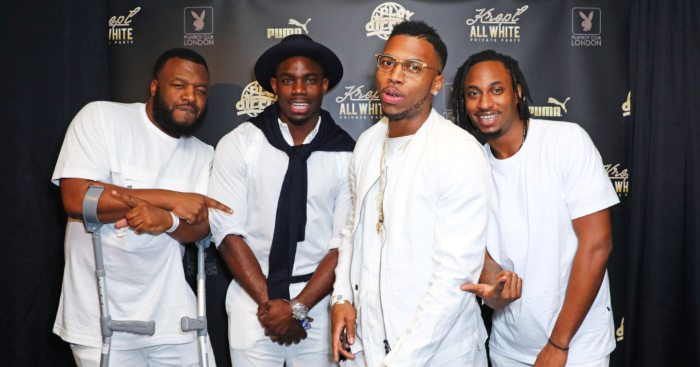 Sturridge scored over 50 goals for Liverpool between 2013 and 2019, while he also played for Chelsea, Man City and West Brom during his career.

The former Reds striker is currently available on a free transfer having left Trabzonspor in the summer after scoring seven in 16 games.

JOHNNY NIC: Rashford is driving football as a vehicle for societal change

The 31-year-old has struggled to hit the heights of his 2013-14 purple patch for Liverpool and, when he was out of contract last summer, Jordan said that he wouldn’t sigh him if he was still a Premier League chairman.

Speaking in August 2019, Jordan told talkSPORT: “Not in any parallel universe would I sign Daniel Sturridge. Not for me.

“I wouldn’t even give him a pay-as-you-play deal.

“I wouldn’t want Sturridge in my dressing room or at my training ground around younger players.”

Jordan added at the time: “I think the conventional wisdom in the game is that Daniel Sturridge is a troubled, problem player.

“He’s a very, very, very talented footballer but he’s a divisive influence. Jurgen Klopp has never had him since day one he arrived at Liverpool.”

In a column for BBC Sport, Richards called Jordan’s comments “absolutely disgusting” and hailed Sturridge as “one of the nicest – and hardest-working – people I know.”

In a lengthy column, Richards said: “I was listening and I was flabbergasted. I phoned Daniel up straight away to ask what had happened and he said he had no idea – he had never dealt with Jordan, and neither had his agent.

“I don’t know whether someone else was touting him around various clubs without his authority and they were asking for ridiculous money – that kind of thing does happen. But you cannot tarnish Sturridge because he wasn’t involved, and it definitely doesn’t justify a personal attack like that.

“Jordan has never been near a dressing room with Daniel, so how would he even know what he was like? The problem is, though, that some people listening or watching will have taken what Jordan said as being fact.

“It was extremely unfair. When I was a player I accepted whatever anyone said about my performances. If someone thought I was the worst defender in the world then that was fine, it was their opinion.

“But what I would not take was people attacking my character, because they didn’t know me.

“I’m the same now I’m a pundit. If anyone is ever criticising a player personally on any show I’m on, then I will step in to ask if they have ever played with him, and if they know him or his family.

“If not, then they should just shut up because they are doing a lot of damage, when they have no idea what they are talking about.

“Jordan is actually an intelligent guy, and I agree with a lot of what he says. But when he was talking about Daniel, I just thought ‘wait – hold on a minute’.

“Every dressing room I’ve been in with him in the past 16 years, from City’s youth teams to the first team, then with England under-21, England and Team GB at the 2012 Olympics, he has been a really positive presence for the whole team.”