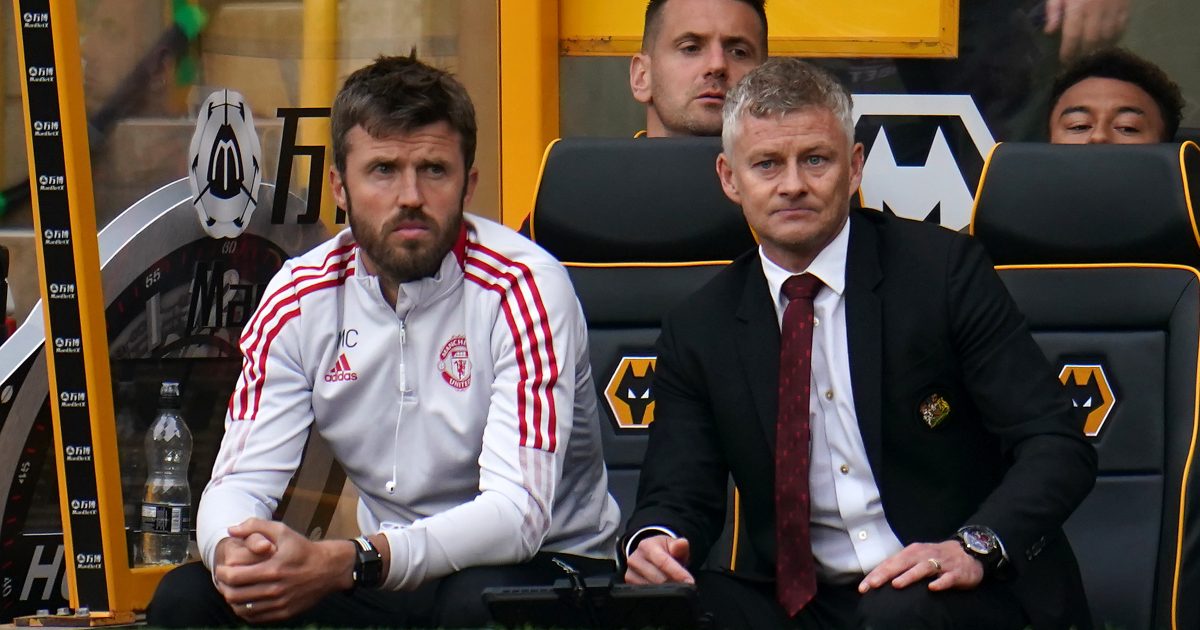 Michael Carrick has insisted that he is not planning beyond Tuesday night’s game versus Villarreal as he hopes to help Man Utd pick up “good results”.

This came after Solskjaer was sacked in the aftermath of United’s 4-1 loss at Vicarage Road against Claudio Ranieri’s Watford.

Carrick’s first game in charge is a Champions League group clash versus Villarreal in Spain.

His first Premier League game as United boss is at Stamford Bridge this Sunday against Chelsea.

Ahead of Tuesday night’s game – as reported by BBC Sport – Carrick has stated that he has not had a chance to plan beyond the Villarreal game:

“First and foremost it’s been literally a day since everything unfolded.

“The game is not much further away and all I’ve been thinking about is the game tomorrow night [against Villarreal].

“We also have a big game at the weekend and we’ll address that when we need to.

“We should get good results and we’ll wait and see what happens after that.”

Carrick went onto say that getting the right results is key at the moment:

“The biggest thing for the fans is a result. What matters now is getting the right results, how we go about our business. There’s a responsibility that comes with playing for this club that doesn’t come with playing for many others.

“[Villarreal] are a very good team. Very well organised and very well coached. In the [Europa League] final we played very well at times but didn’t have the cutting edge. To lose like we did, that hurts when you get so close but we weren’t good enough to finish it off.

“They have a good mix, a good balance and we respect that. We’ve met a couple of times and we know each other a little bit better. It’s a big game for both teams but it’s one we can really look forward to.”

Carrick added that everyone acted in a “classy manner” after finding out Solskjaer had lost his job:

“Ole was already here. It was a bit of a rush then to organise training, speak to the players and carry out the day’s work.

“All things considered it went really well yesterday, everyone adapted in a really classy manner.”