Home All The News Owen: ‘I said it ten years ago, Arsenal are flat track bullies’ 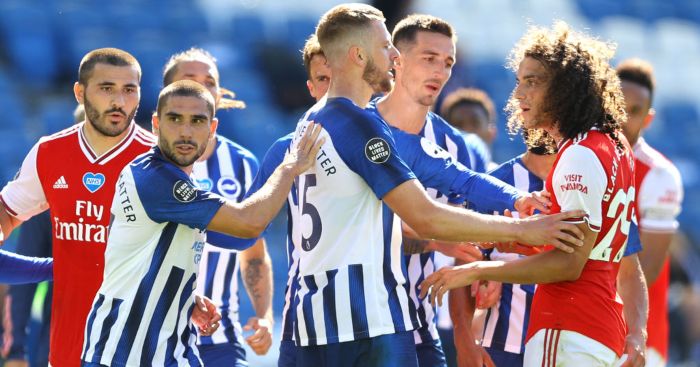 Michael Owen says it came as no “surprise” to him that “soft” Arsenal were beaten by Brighton as they only beat bottom-half teams at home.

Arsenal have now dropped to tenth after the weekend’s fixtures after their latest defeat means they have only won nine of their 30 Premier League matches this season.

And Owen wasn’t even slightly shocked that Brighton managed to beat Mikel Arteta’s men as he never fancies Arsenal against “any ‘okay’ teams away from home”.

“I happen to think Arteta is going to get it right but it’s an absolutely huge challenge that lies ahead.

“They’re just soft and they have been soft for ten years, probably longer. The only time I fancy Arsenal is against bottom half Premier League teams at home.

“They’re flat track bullies. They have been for a long time. They beat anything that they should beat but when it gets a little bit tough they’re soft and as I say they’ve been like that for ages. This isn’t a surprise, I said it ten years ago.”