Michael Owen has given his prediction as Man Utd host Sheff Utd at Old Trafford on Wednesday. 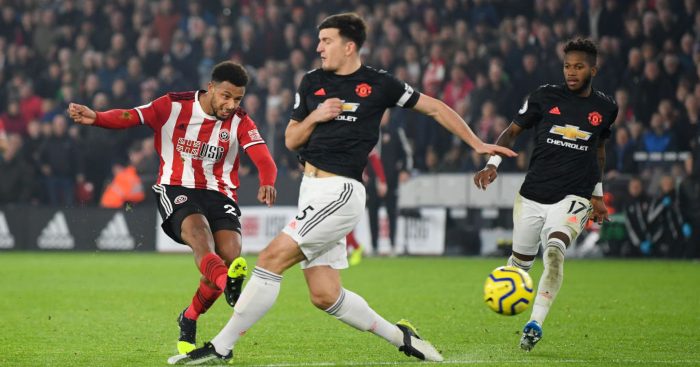 Michael Owen is tipping Man Utd to beat Sheffield United when the two teams clash tonight in the Premier League.

Dean Henderson is ineligible to face his parent club when Man Utd welcome the Blades to Old Trafford on Wednesday, while Chris Wilder’s side will be missing John Egan through suspension and have a number of injury concerns.

Man Utd came from two goals down at Bramall Lane earlier in the season to lead 3-2 but a late goal from Oli McBurnie gave Sheff Utd a share of the spoils.

The Blades were impressive that night but Owen predicts a struggle for Wilder’s men on Wednesday evening.

“Manchester United’s point at the Tottenham Hotspur stadium on Friday means that they are now unbeaten in their last 12 games in all competitions (won eight) and have pretty much picked up where they left off prior to the lockdown,” Owen told BetVictor.

“Sheffield United on the other hand, will be playing their third game in a week and they certainly haven’t been able to get back to pre-lock-down form.

“Their 3-0 defeat at the hands of Newcastle United was their biggest loss since losing by a similar score to Middlesbrough back in August 2018.

“Back to back matches without scoring a goal will undoubtedly have knocked the Blades’ confidence and with a relatively small squad to choose from as well as the absence of on-loan keeper Dean Henderson due to the conditions of his loan move, I fancy Manchester United to continue their impressive form with a relatively comfortable 2-1 home victory.”