The brilliant form shown by Man Utd post-lockdown saw them finish third in the Premier League. 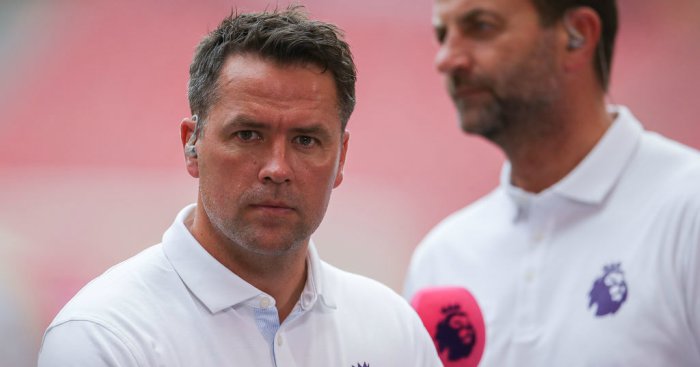 Michael Owen thinks Man Utd will be the “next team” to challenge Manchester City and Liverpool to the Premier League title.

The Red Devils have made amazing progress since the turn of the year with January signing Bruno Fernandes making a huge difference as the Red Devils went from top four outsiders to finishing third.

Man Utd will now be competing in the Champions League next campaign, meaning it will be easier for them to tempt players into the club, while their young team should get better.

MAILBOX: Lampard v Solskjaer? They were both ‘good enough’

And Owen reckons Man Utd can take their impressive form into next season and challenge at the top of the Premier League standings.

“The players now, they do look as if they are the next team to go and challenge the Liverpools and the Manchester Citys of this world,” Owen told Premier League Productions.

“You’re looking at it for a long time now and they have been miles clear of anyone but on form in the last 20-odd games, United are right up there.

“I think another tell-tale sign was when they won it there (at Leicester on the final day to wrap up a top-four finish)- yes there was celebrating, yes there were handshakes and all the rest of it, but there was no crazy celebrations, there was a steely determination look from Ole Gunnar Solskjaer as if to say ‘this is the bare minimum, hang on a minute we’re Manchester United’.

“Top four is bare minimum. They are not going to rest on their laurels now. They are playing particularly well but they still need to add a little bit more before they can go and challenge for top honours.”