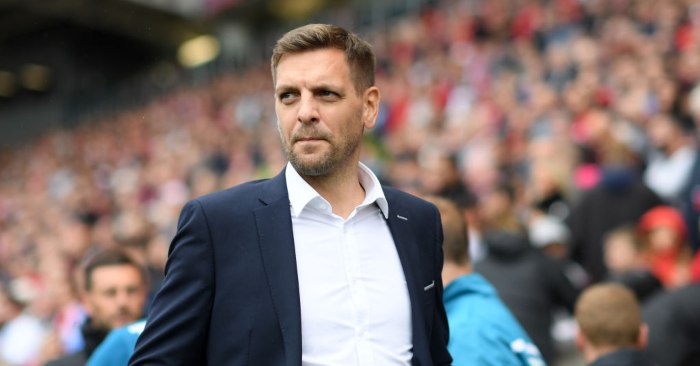 In a Championship season already earmarked more than most as a year where anything can happen and anyone could win the fight to reach the Promised Land, a multitude of sides are surprising the second tier with excellent starts to the season and shock places in the top six come October. That of course means that some members of the established top order have dropped down, but none quite so much as the impossible club: Middlesbrough.

For Boro, their existence has become much of a muchness in recent years, triggered by their last promotion-winning campaign four years ago and the immediate relegation from which they have never truly recovered.

If last season was deemed a failure for narrowly missing out on promotion while playing dire football, then the current campaign is a catastrophe. Middlesbrough were right to get rid of former chief Tony Pulis, but it has been near-constant missteps since, none more so than hiring rookie Jonathan Woodgate as the new boss. Goodwill for former players is all well and good when the going is just that, but this false start has already put paid to any early-season hope of promotion.

This is not like Derby County, for whom a man with previous success in long-term posts has been appointed to oversee a lengthy period of success where immediacy is not the priority.

Middlesbrough are thinking and looking short term because that is exactly where they have left themselves. With a young manager usually comes an experienced number 2, but at the Riverside they have appointed a man half a year younger in Robbie Keane whose sole coaching experience was just a few months with the Ireland national team. The fact that this Middlesbrough team is faltering this much is no surprise.

They may be rid of the baseball cap-cladded Pulis, but home runs are still hard to come by, Tuesday’s 1-1 draw making it just two wins at the Riverside this season and no league matches where more than one goal has been scored.

Stretching back to 2018/19, even a late surge in results which led to that near-play-off campaign did little to stem the flow of happiness on Teesside, owing to the fact they have scored more than once on just two home occasions this calendar year.

A fortunate own goal in midweek followed by a missed sitter to win by Britt Assombalonga sums up their misery in front of the opposition net.

Fan numbers are dwindling and the atmosphere in this corner of the north-east is becoming non-existent. It seemed last season there was no point in winning if the fans were not entertained. Now there doesn’t seem a lot of point at all.

The start to the current campaign offered false reprieve, that 3-3 opening night at Luton Town exhilarating for the neutrals and a false dawn for the Boro faithful. The leaky defence remains, but the attack has reverted to levels akin to last season. Eight-figure man Assombalonga has just three goals to his name while the ever-dejected Ashley Fletcher has not scored a league goal since that opening day of the season.

Woodgate may be popular in these parts, but he now bears the shoulders that will carry the majority of the blame. It is widely accepted that he was not the optimum choice, the best choice, or even the fans’ choice; he was the cheap option at a club tightening their belts.

All in all, this is a club being asked a multitude of questions with not one iota of an answer available. Only the dirge that is the current bottom three is keeping Middlesbrough out of a genuine relegation battle. That is not good enough for a club of this magnitude.