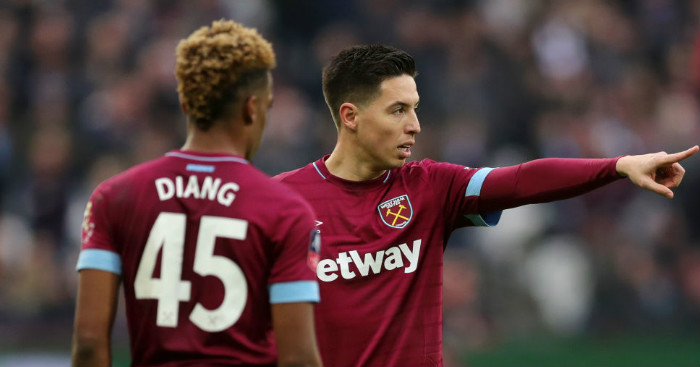 West Ham were one of the most consistently top-flight mid-table sides of the 20th century: they finished between 6th and 16th 25 times between 1958 and 1999. Unbelievably, the man who led them into the new millennium, Harry Redknapp, was only the eighth manager the club had had since its founding in 1895. In Manuel Pellegrini, they are already on their tenth manager of the 21st century.

The reason we dredge this up is to make clear that this is not a club traditionally accustomed to the vicious ups and downs experienced by most clubs, despite the somewhat crackpot nature of their recent existence: two relegations, the entire Carlos Tevez/Sheffield United affair, the collapse of the Icelandic economy, an appallingly-managed and largely unwanted stadium move, and Alan Pardew have all blighted the club since 2003 alone.

Recent seasons have done nothing to shake off that up-and-down trend.  After 21 games of the 2015/16 season, West Ham were just one point away from the top four. Exciting new manager Slaven Bilic had enjoyed a blistering start to the season after taking over from Sam Allardyce in the summer, winning away to Arsenal, Liverpool, and Manchester City and winning at home to Chelsea all within the space of their first 10 games. They even stole a march to the FA Cup quarter-finals that year, beating Liverpool again along the way before losing a replay to eventual winners Manchester United.

Skip forward just two years. After 21 games of the 2017/18 season – which the more numerate readers will recognise as ‘last season’ – West Ham were just two points away from the bottom three, forcing the Hammers to dispense with useless old manager Slaven Bilic in November and bring in David Moyes. They had lost to struggling Southampton and newly-promoted duo Newcastle and Brighton, as well as to Manchester United and Spurs, all within the space of their first 10 games. They required a replay to get past Shrewsbury in the FA Cup third round before crashing out to another  League One side, Wigan, in the fourth round.

So it is strange but refreshing to see West Ham back on a relatively even keel this year. They are 16 points off the top four but 12 clear of the drop after 21 games, with a Premier League title-winning manager at the helm and, now, a routine victory secured over Championship opposition in the FA Cup.

It somehow seems only right that they find themselves caught pretty squarely between enormous success and catastrophic failure. The sight of Samir Nasri taking to a football field for the first time in 15 months after a drugs-related ban served as a reminder that this is still a club that largely takes what it can get in the transfer market: see also, Jack Wilshere and Pablo Zabaleta.

Andy Carroll rising to score the late second from an Michail Antonio cross, meanwhile – his first goal since April – was typical of the ‘flavour of last month’ vibe that often permeates a cursory scan of a West Ham teamsheet.

But this is also a side that boasts a few talented youngsters. Declan Rice continued to look much older than his teenager years in midfield, while 20-year-old Grady Diangana continued his run in the first team, playing the full 90 minutes and putting in the corner that led to Marko Arnautovic’s early opener.

That is cause for some understandably-cautious optimism for West Ham – as is the fact that their last nine games have yielded six wins, one draw and two defeats. Their list of opponents has not been stellar in that run – eighth-placed Watford are the only top-half Premier League team they have faced – but it suggests this is a side capable of claiming routine victories more often than not. After years of being flung between boredom, crisis and the brink of ecstasy, a bit of stability and a sense of progress is surely to be welcomed…if it can possibly last.