Home Liverpool Mignolet: Being Alisson’s back-up ‘easier’ than with Karius 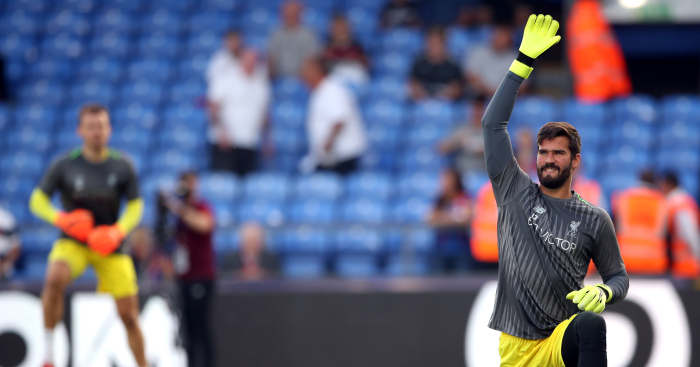 Simon Mignolet admits it’s “easier” to be Alisson‘s back-up than it was with Loris Karius.

Mignolet has played just two games all season, starting both of Liverpool’s defeats in the third round of the FA Cup and Carabao Cup.

The Belgian should be used to playing second fiddle after losing his place to Karius last January, and thus playing no part in their run to the Champions League final.

But he says he “can accept it easier” that he must be Alisson’s reserve than when he was forced into the role behind Karius, who has been loaned out to Besiktas and ruthlessly improved upon.

“Yeah, I can accept it easier now,” he told the Liverpool Echo.

“It’s also the fact that the team is playing so well. Ali has been so important for the team.

“He has shown his strengths. He’s up there with the top five keepers in the world, if not the best.

“He’s a very natural goalkeeper. He’s got a lot of talent and he’s very fluent, he doesn’t really think about stuff. It’s all natural to him.

“He’s playing as the No.1 for Brazil in front of Manchester City’s goalkeeper – that says enough, really. I can accept that slightly better.

“Ali and I work well together. We have a very good relationship.

“I’ve been playing in the Premier League for 10 years now and certain things are different here compared to abroad. He asks me some questions and I try to answer them.

“He’s very calm on the ball and I try to replicate that. I think I showed it in the FA Cup game against Wolves. We can bounce off each other and learn off each other.

“I respect him, not just for the player he is, but also for the person he is. I can learn Spanish from him too which is another benefit!”