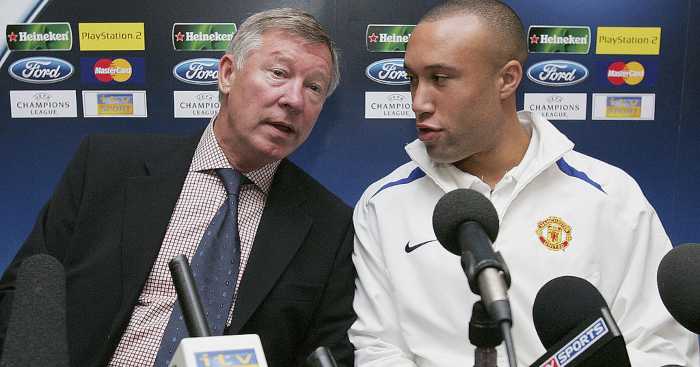 Former Man Utd defender Mikael Silvestre has recalled how Sir Alex Ferguson was “absolutely fuming” after Cesc Fabregas threw a pizza at him in 2004.

Fabregas has long been considered the culprit in the infamous incident after a heated game between Arsenal and Man Utd in October 2004.

The Red Devils ended Arsenal’s 49-game unbeaten Premier League run with a 2-0 victory, after which players and coaching staff clashed in the tunnel.

Ferguson was hit in the face by a pizza during the fracas, with the Scot once saying that “to this day, I have no idea who the culprit is”.

Martin Keown once implied it was the midfielder – “it was a Spanish fella with great technique” – and Fabregas confirmed the rumours in 2017.

“We beat Arsenal to end their unbeaten run,” Silvestre told FourFourTwo magazine. “We were like, ‘There is no way that they are going to make it 50 at Old Trafford. No chance.’

“That was a huge motivation for us. The aftermath of that game was crazy, with pizza flying and everyone pushing and insulting each other in the tunnel.

“The stewards and security guards ended up having to separate everyone. It wasn’t a very good moment. You want to fight on the pitch, but in a football fight, not a fist fight! Sometimes, tempers go far beyond the football pitch.”

Silvestre added: “With the pizza, it was just thrown over a group of guys pushing each other and landed on Ferguson. He was absolutely fuming about it.

“No one knew exactly where it came from, but I later heard it was Cesc Fabregas. It was a childish act from him, but he was really young back then.