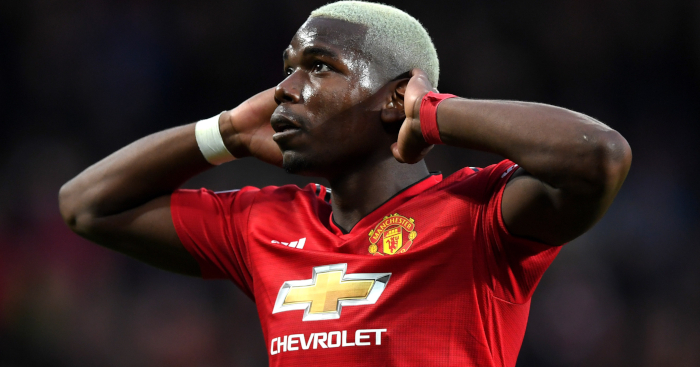 Mike Phelan says Manchester United are ‘applying themselves’ to Paul Pogba’s game in an effort to tease some consistency out of their record signing.

Pogba’s form improved dramatically upon Ole Gunnar Solskjaer’s arrival to replace Jose Mourinho in December, but the France star has recently struggled to maintain those standards amid links with Real Madrid.

Phelan, who returned to Old Trafford to assist Solskjaer, insists Pogba is not “the finished deal” and the coach has urged the World Cup winner to throw himself into the challenge of achieving his potential at United.

Speaking about Pogba’s initial improvement under Solskjaer, Phelan told Reuters: “I think that happened to quite a few players, they probably drew into themselves a little bit and were very cautious.

“Paul had a spell where all the eyes were on him and delivery of his best wasn’t there all the time, the consistency.

“Now we are trying to apply ourselves to Paul’s game. Ole has done a terrific job at helping Paul through certain spells and he has embraced that. He is maturing all the time.

“There are players there who haven’t achieved for the club what they need to achieve and we want to make sure that they relish that experience, embrace the opportunity to win things at Manchester United.”