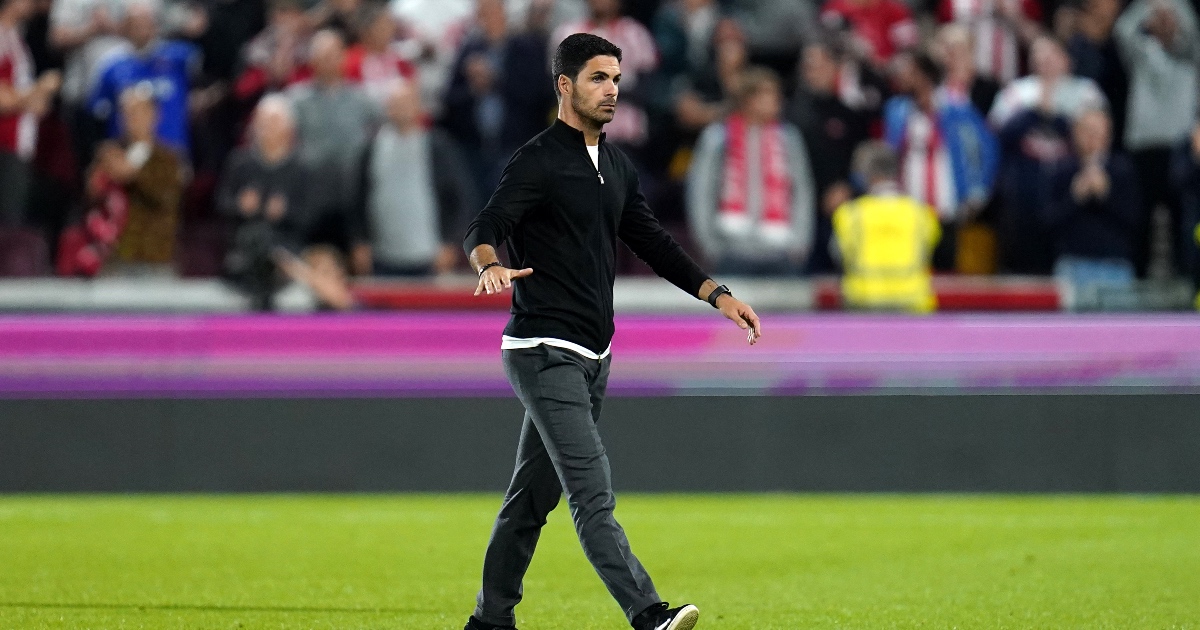 Arsenal boss Mikel Arteta says his team ‘didn’t deserve anything different’ to their 2-0 defeat at the hands of Brentford.

The Gunners started their Premier League campaign with a weakened side due to Pierre-Emerick Aubameyang and Alexandre Lacazette suffering from illness.

But nothing should be taken away from Brentford, who dominated Arsenal for much of the game and looked more than comfortable competing at this level.

The Bees looked dangerous early on when Bryan Mbeumo was sent through on goal by strike partner Ivan Toney.

He smashed a fierce drive towards goal but was denied by the woodwork.

The wing-back cut inside and proceeded to beat Bernd Leno at his near post with a low drive.

The home side went on to double their lead in the second half.

Arteta’s side failed to clear a long throw and Christian Norgaard ran in to head home from close range.

Nicolas Pepe had a late chance for the north London outfit but David Raya dived quickly to save.

Speaking to BBC Sport after the loss, Arteta said: “I’m disappointed. We started the season against a good opponent. I don’t think we deserved anything different.

When asked if Leno was fouled in the build-up to the second goal, he continued: “It’s allowed in the Premier League. He cannot move. I can’t change it now.

“The first goal gave them some hope. We wanted to play better in the second half but we need many more shots on target, then we conceded on a set-piece.

“A lot of young boys were doing everything they can. For some of them it was the first experience in the league – that says a lot.”

On the absence of Aubameyang and Lacazette, Arteta said: “I can’t change that. We knew that before the game. I don’t know [if they’ll be available for the next game].

“What I can control and help, I’ll put all my enthusiasm and work into that.”

The Gunners will be looking to respond in their next Premier League game. They face London rivals Chelsea on Sunday August 22.