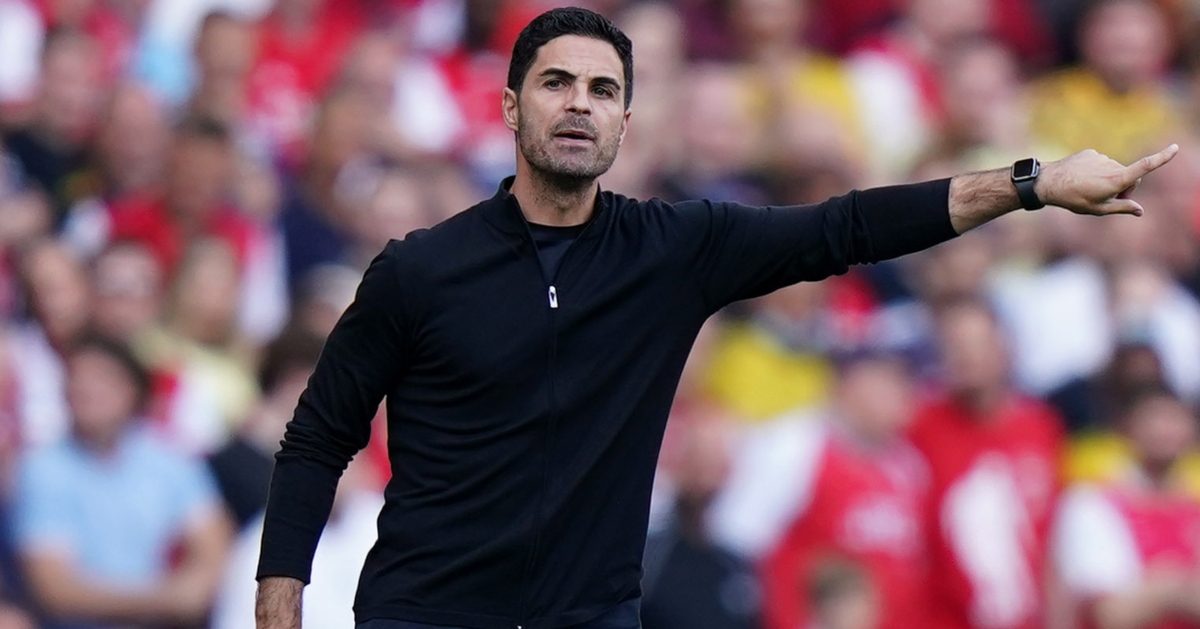 Perhaps Mikel Arteta and Arsenal were due a break. Their performances so far this season haven’t really warranted one, but against Norwich City they finally found a little get up and go after a dismal start to the season which saw them go into this match at the bottom of the Premier League and without having scored a single goal. Although there remain serious reservations about how far this team can proceed up the table, they were at least spared the ignominy of yet another defeat against an enthusiastic but limited Norwich team.

Arteta, then, can breathe a huge sigh of relief. This might not have been the sweeping victory that fans might have hoped for against the odds-on favourites to be relegated from the Premier League, but it was three points, and after the last three games, there might have been points over the international break when Arsenal supporters could have been forgiven for wondering how long it would be before they saw a win again. When you are bottom of the table and haven’t scored a goal, you can’t really afford to be fussy about how that goal or those points show up when they do.

Arsenal certainly came tearing out of the traps. There was something frantic about their opening 20 minutes, as they charged forward in pursuit of an opening goal with a directness that they hadn’t previously shown so far this season. It as though news of the earlier result from Selhurst Park had injected a little extra confidence into both the crowd and the players, and Pierre-Emerick Aubameyang came close twice, with Nicolas Pepe finding plenty of space on the wing and Norwich’s defence straining under the waves of pressure.

But when Norwich did get into attacking positions, old demons reared their heads. Tzolis broke on the left and managed a low cross which fizzed across the six yard area, evading everybody. Max Aarons found himself space on the right and crossed for Kenny McLean to head just over. On another day, either chance might have resulted in a goal, and there remains a degree of vulnerability at the heart of Arsenal’s defence which is understandable, considering that this was the first time that this particular defensive configuration had played together.

The pace started to drop off a little after the midway point in the half, most likely because the players couldn’t keep it that frantic for much longer. Norwich started to look more comfortable in possession, and Arsenal started to get careless with the ball. Passes started going astray. Tackles got careless. The occasional groan started to become audible, amid the urging on. By the closing stages of the half Norwich were on top, with Arsenal having to play increasingly on the break. From one of these breaks, though, came perhaps their best chance of the half, when Kieran Tierney’s cross from the left was only half-cleared and Takehiro Tomiyasu’s shot flashed a couple of inches over.

By the time an hour had been played, it was all starting to look rather more familiar. Arsenal had plenty of pace and plenty of means to get the ball into attacking positions, but they started to find themselves running down cul-de-sacs with the ball, a form of shapelessness that we’d seen in previous matches. And on top of this, when Norwich did break, they looked as dangerous as they had in the first half; which is to say, more than they should have done as a newly-promoted team in the Premier League playing away to a team which maintains, in theory at least, ambitions of a place in the Champions League.

Changes came after an hour, with tension inside the Emirates starting to rise, and the results bore fruit within five minutes, albeit with a slice of luck. Pepe broke on the right hand and shot, but Tim Krul tipped his shot onto the post. The ball bounced back across to Pepe, who mis-hit his shot back across goal and Aubameyang touched it over while standing on the goal-line. The bounces went their way and the flag might well have gone up for offside against Aubameyang on another day, but the goal was given, amid furious Norwich protests.

For the next 15 minutes it looked as though Arsenal were going to run the clock down comfortably. Indeed, only a superb performance from Krul kept the score down to 1-0. But as the clock ticked over 90 minutes, familiar insecurities started to raise their heads. Norwich broke on the left and Teemu Pukki was only denied from seven yards by a superb block from Gabriel. A match that had looked all but done and dusted started to look hectic again in stoppage-time, but Norwich had left it too late to throw players forward, and the full-time whistle brought a cathartic celebration from the fans. This was a result that they very much needed.

But Arteta and the Arsenal players will surely be aware that they still need to improve upon a narrow home win against one of the Premier League’s makeweights if they are to make the necessary progress. They created plenty of chances, but this team still doesn’t have a player who can reliably finish them, while there remains a softness at the heart of their defence which stronger teams than Norwich may well be able to exploit.

Upon the full-time whistle, the emotion that seemed the most prevalent was relief, and while that is definitely a considerable improvement upon the abject misery that greeted them at the end of their first three matches of the season, it still indicates that Arteta has work to do if he’s going to offer a substantial return on the £142m that Arsenal spent on new players during the summer. This wasn’t quite the revolution that some Arsenal fans might have hoped for, but there were plenty of signs that they’re starting to turn a corner or two.