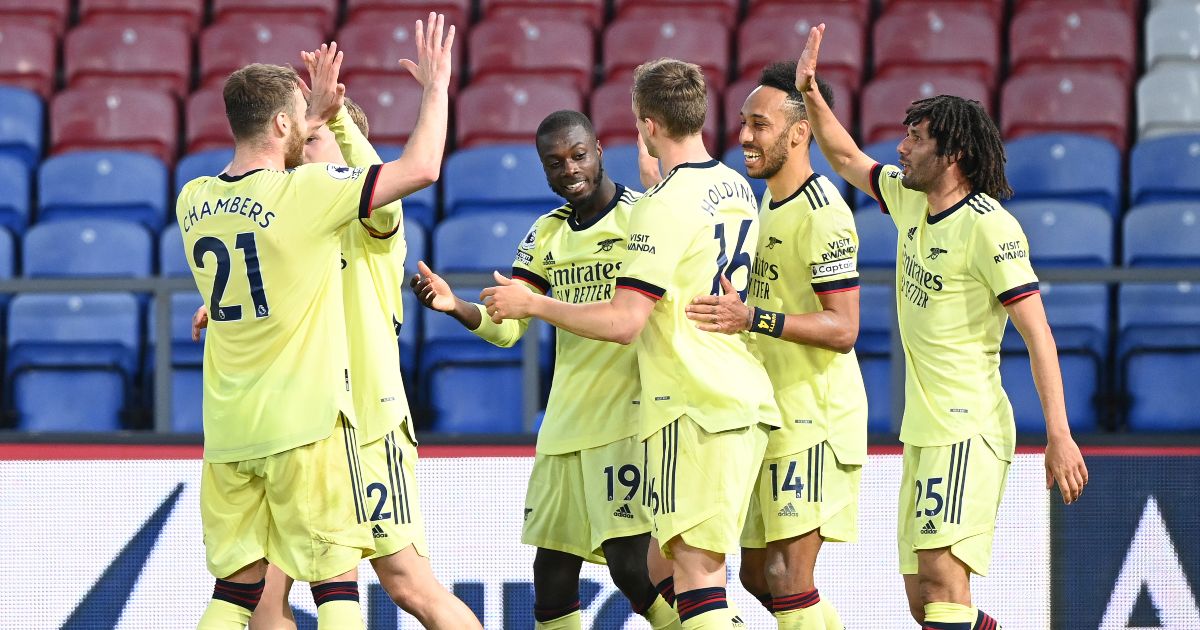 Mikel Arteta believes Arsenal attacker Nicolas Pepe is finally starting to settle and praised his improved work away from the pitch.

The £72million signing grabbed a brace in Wednesday’s vital 3-1 win at Crystal Palace, which kept the Gunners in the hunt for a place in the European Conference League going into the final day.

Pepe has been inconsistent since his transfer two years ago, but has recovered well from a low point in November when he was sent off at Leeds to take his tally for the season to 14 goals in all competitions, with eight in the Premier League.

Asked if the Ivory Coast international had now settled, Arteta said: “I’m very encouraged and positive to think that way for two reasons.

“One, because he’s come a long way, in terms of the consistency of what he’s producing in games. Not only in the Premier League but what he’s done in Europe this season.

“He wants to work and he wants to be the best. And when that happens and he has the talent that he has, I think it’s a really good mixture.”

Arteta has previously described the 25-year-old as a “free spirit” but one who “needs guidance” and it appears the winger is now taking that on board.

Goals in wins over Southampton, Leicester, West Brom and now Palace since the turn of the year ensure the Gunners can still qualify for a European competition next season despite a disastrous winter period.

Victory over Brighton on Sunday coupled with rivals Tottenham and Everton dropping points would result in Arsenal finishing seventh, which would secure a spot in the inaugural Europa Conference League campaign.

“If somebody were to say to us in November or December that we could be in the position we’re in to have the chance in the last game to qualify for Europe, we’d have said you’re crazy, but we’ve done it,” Arteta added.

“I think what ourselves and the number of points that we’ve managed to get in those months, we have earned the right to be in that position. Now it’s time to deliver on the final day, but unfortunately it’s not in our hands.”