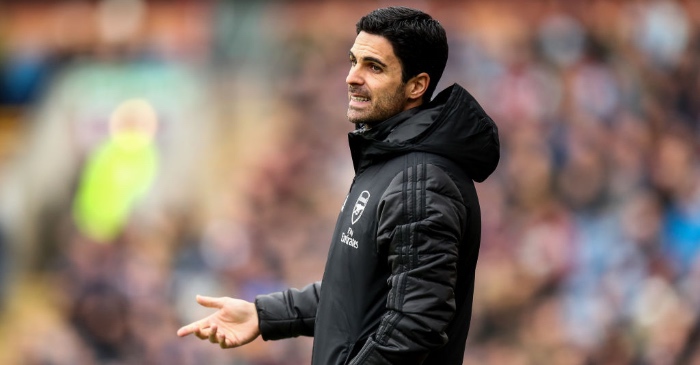 Arsenal manager Mikel Arteta “is feeling fine” and would ordinarily “have just taken an ibuprofen or paracetamol” instead of self-isolating.

Arteta became one of the first high-profile Premier League victims of the coronavirus when Arsenal confirmed he had tested positive in the late hours of Thursday.

An emergency Premier League meeting was called, the result of which was the temporary suspension of competition to help try and suppress the spread.

Arteta entered a period of self-isolation after contracting the illness but soon sought to set the minds of worried fans at ease.

His wife, Lorena Bornal, has offered a further update.

“I want to say thank you to everyone who sent good vibes, texts, emails and calls, really it’s been overwhelming,” she said on her Instagram feed.

“I understand as well that you want to know what’s going on.

“My husband is feeling fine, he is well. It’s true that he had symptoms of the virus but the symptoms would have never stopped him from going to work in a normal situation.

“He would have just taken an ibuprofen or paracetamol and he would have gone to work so really, it’s nothing major.

“Some temperatures, some headaches but that’s it. That’s his experience. My kids and I are perfectly well.

“Apparently the virus is not lethal. It could be for a certain amount of people but the majority are going to go through it with mild symptoms.”