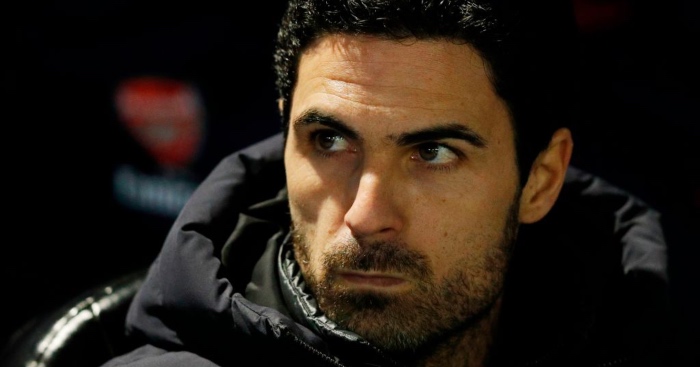 Arsenal boss Mikel Arteta admits it was a risk to field his youngsters for their 2-0 FA Cup fifth round win over Portsmouth, but insists thier development makes it worthwhile.

The Premier League side were ponderous in the first-half and Pompey arguably had the better of the chances before Sokratis gave the Gunners the lead on the stroke of half time with a fine volleyed finish.

And Eddie Nketiah doubled Arsenal’s lead soon after the break, poking the ball home after some great work down the right by Reiss Nelson.

The visitors easily saw the game out as they totally dominated the remainder of the second half.

Arteta made nine changes to the team that lost 2-1 in the Europa League to Olympiacos, and was impressed by the performances of those that came into the lineup.

He told BBC Sport: “I’m really pleased with them [the youngsters]. I’m enjoying working with the players. They deserve a chance. It’s always a risk but they’re worth the risk.

“It was a great atmosphere and Portsmouth made it difficult. We knew we’d have moments we could suffer but we reacted and got control of the game. We got two goals and could have had a few more.

“The clean sheet is really important and we defended set-pieces much better.

“We have pace in a few players up front. Reiss [Nelson] is a special player and can eliminate players one on one. He’s been out for a while but he’s back now and he showed what he’s capable of doing.

“There is a long way to go. But we’re on the right path. We’ll see what happens in the draw. We’ll keep going because we love this competition.”