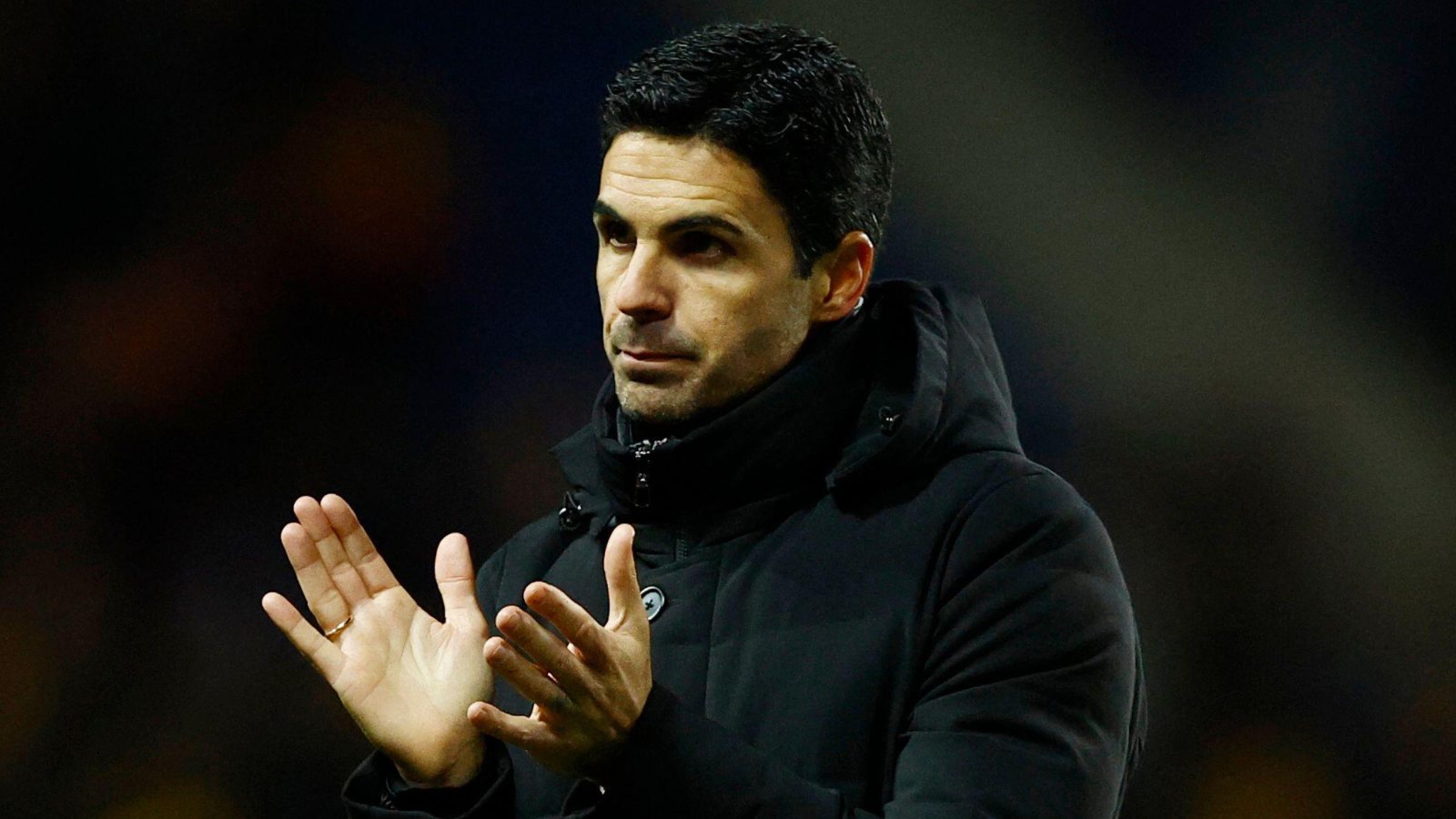 Mikel Arteta has praised Leandro Trossard after it was confirmed that he has signed for Arsenal for around £27m from Brighton and Hove Albion.

The ex-Brighton man was quickly identified as a potential addition after Arsenal failed to sign Mykhaylo Mudryk from Shakhtar Donetsk. He has instead joined Chelsea for around £88m.

Trossard has recently fallen down the pecking order at Brighton despite him scoring seven goals in 16 league games this season. This followed a fall-out with Seagulls boss Roberto De Zerbi.

The midfielder was due to be out of contract in the summer but with Brighton having the option to extend his deal until 2024, they were able to sell him for an initial £21m but this could rise to £27m with add-ons.

Arteta spoke about the signing during his press conference on Friday afternoon. He confirmed to reporters that he thinks Trossard was registered in time so he can play against Man Utd on Sunday.

The Spaniard also thinks Arsenal signing Trossard was a “necessity” and that “he can have an immediate impact” on the team.

“We are really happy to have him. He’s a player we followed for a while. The opportunity came and we had the necessity for a player in the front line who is versatile,” Arteta told reporters on Friday.

He added: “I think he can have an immediate impact on the team. He’s a very intelligent player, he fits our way of playing for sure.”

Arsenal are not expected to finish here as it has emerged that they have ‘completed the signing’ of defender Jakub Kiwior from Spezia.

He is expected to undergo a medical this weekend before the transfer is formally announced. Arteta remained coy when asked about the 22-year-old.

“We cannot talk about players that we haven’t finalised. When that’s the case we can announce it.”

Arsenal head into Sunday’s game against Man Utd five points clear at the top of the Premier League. Second-placed Man City have now played a game more than the leaders after they beat Tottenham 4-2 on Thursday.

City face Wolves before Arsenal take on United, so the Gunners could be just two points clear at the top of the league by the time their game kicks off.

Man Utd meanwhile are considered to be in the title race as they are progressing under Erik ten Hag. Arteta thinks the Dutchman has “implemented a very clear way of playing”.

“He’s turned things around pretty quickly. I think he has implemented a very clear way of playing. They have a really good energy around the place and a lot of things have changed in a very short period of time.”