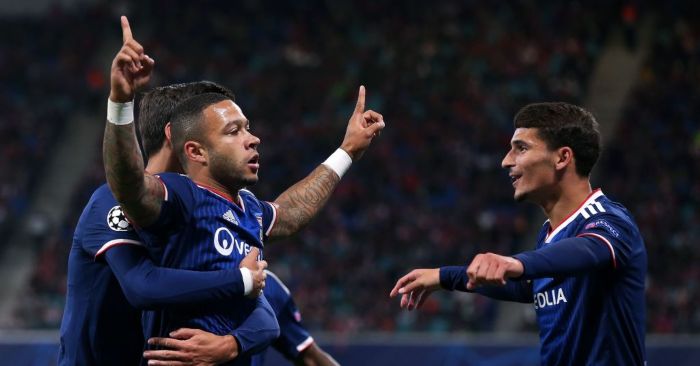 Arsenal boss Mikel Arteta has identified former Man Utd forward Memphis Depay as the man he wants to replace Pierre-Emerick Aubameyang if he leaves the Emirates Stadium, according to reports.

Aubameyang’s deal expires next summer and he was quoted this week saying he felt at “a turning point” in his career.

The Gabon international has no shortage of admirers should he decide his future lies elsewhere with Barcelona reportedly interested in the striker.

And Arteta is now thought to be on the lookout for a replacement for Aubameyang in case he chooses to leave north London with Le10Sport claiming that Depay perfectly fits ‘the profile he wishes to recruit’.

Depay left Man Utd in 2017 to move to Lyon after a miserable spell following his £25million move from PSV Eindhoven in 2015 but apparently they still retain a buy-back clause – not that there has been any recent signs that they want to use it.

The Spanish boss admires ‘his technical qualities and his personality’ and he will become a priority if Aubameyang or his strike partner Alexandre Lacazette leave Arsenal this summer.

Depay only has a year remaining on his contract at French club Lyon and the report adds that ‘the Dutchman is in a strong position to be able to obtain a release certificate’.