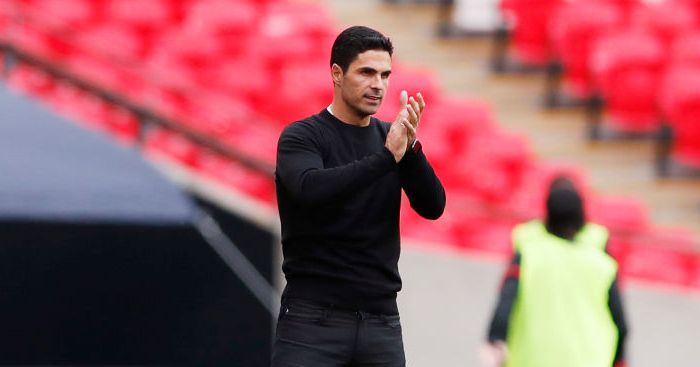 It is something every manager craves, yet few truly possess. It is both required for success and often only achievable through it. It is perhaps the most precious commodity in coaching but cannot be supplied by a lavish owner, nor is it even quantifiable.

Mikel Arteta has it. Whether through his inherent charisma and character, his accomplished playing career, his precocious but promising coaching acumen, his humility or a combination of factors, he has something no transfer budget could ever provide: buy-in. From much of the media. From the majority of the supporters. From the entirety of the boardroom. But most importantly, from each member of his Arsenal squad willing to put in more than they take out.

There are no favourites or favours. When he says that “everybody starts from zero,” they believe him. When he adds that “what you did two weeks ago or two years ago doesn’t matter,” those on the fringes are given hope and those on the frontline are warned not to let standards drop. The same message is a carrot for some and a stick for others, if not both for all.

It is only enforced further by tangible progress, and while the Community Shield is immediately relegated to pre-season friendly status by the loser, it can be whatever the winner defines it as. Trophies create a culture of success otherwise unattainable; an elite mentality impossible to manufacture. A second lift of silverware at Wembley within a month is gold dust for a club at the start of such a journey.

But so too is that buy-in, that desire from players to perform for their manager, that commitment and dedication from those he is open to selling, those who wish to leave, those capable of playing at a higher level and those who could look out of their depth a step down. Hector Bellerin, Emiliano Martinez, Pierre-Emerick Aubameyang and Rob Holding fit those categories respectively and each were excellent on Saturday evening, putting their individual futures aside for the benefit of the collective.

So, too, Mo Elneny, forgotten upon his return from an average loan at Besiktas and promptly written off as an asset by those who judge on past reputations, using the clean slate afforded to him to provide a reminder of how useful he could be. And Ainsley Maitland-Niles, whose attitude has been questioned in the past and who might not even be at the club by the start of the Premier League season, but who has played as big a role as anyone in Arsenal’s rampant recent evolution, captain aside.

“I’m an Arsenal player until I’m told otherwise,” was his post-match message and it is not difficult to think of players in a similar situation who would show half the enthusiasm, loyalty and responsibility. “My heart’s in the club, so I’m gonna give 100% while I’m here, and that’s that.”

It comes from the top and trickles down. It is a desire to play for the shirt, but also for the manager. It is a vote of confidence louder than anything an executive’s statement could muster. It is a quality Arsenal have had before and seem to have stumbled upon again.

Arteta has dealt with a broken dressing-room, delicate pay cut negotiations, boardroom reshuffling and precarious contract situations, emerging from a tumultuous first nine months of his managerial career with not a single immaculate hair out of place, and all the respect and esteem of a ten-year veteran. It is almost impossible not to instinctively believe in him.