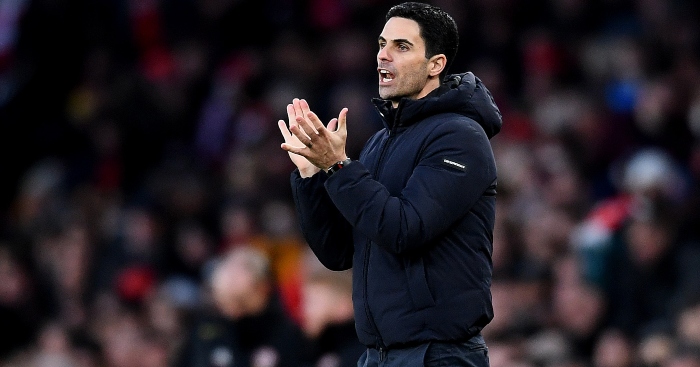 Arsenal will attempt to wrap up their three key summer signings before Euro 2022 commences, according to reports.

The Spaniard declared himself happy with Arsenal‘s business in the winter transfer market, with no senior players departing and two more options now in defence.

Centre-back Pablo Mari has signed from Flamengo and could move permanently in the summer and Cedric Soares, who has six months left on his deal with Premier League rivals Southampton, has also moved to north London on loan.

And the Daily Mail now claims that Arteta has turned his attentions towards the summer transfer window as they ‘aim to conclude early transfer business’ so they don’t ‘priced out of the market during Euro 2020.’

The report adds that Arsenal are ‘prioritising a box-to-box midfielder, a central defender and a creative central midfielder’.

The Daily Mail names one possible target as Feyenoord youngster Orkun Kokcu, who is a Turkey under-21 international with work already underway ‘behind the scenes’

The Gunners are worried possible transfers could be ‘jeopardised’ with the possibility that clubs will  ‘inflate prices’ for their players after Euro 2020.