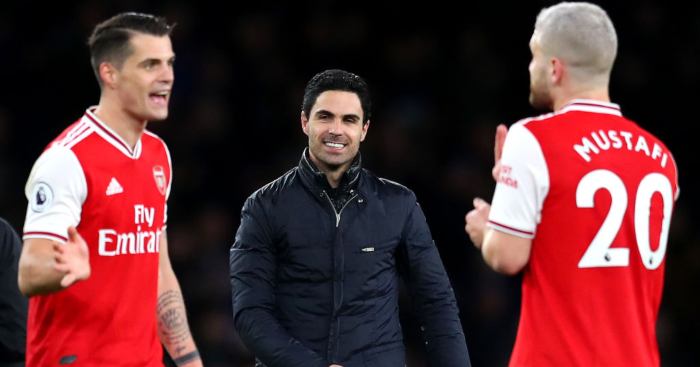 Mikel Arteta called it his “best week” in charge of Arsenal after they beat Everton 3-2 in the Premier League on Sunday.

The visitors led inside 49 seconds as Dominic Calvert-Lewin’s effort became the quickest home goal ever conceded by Arsenal in the Premier League.

But Eddie Nketiah would level for the Gunners before Aubameyang struck either side of a Richarlison goal to hand Arsenal the win and their first back-to-back league victories since the opening two games of the campaign.

Arteta told Sky Sports: “The best thing is the spirit we showed after coming back from Europe – three games in seven days. And coming back after we went behind. The resilience they showed after they were absolutely shattered.

“Sead Kolasinac had a shoulder problem. Everybody was cramping. We could only change two players. We had to defend very, very deep.

“Leno was really good. In the right moment he saved us.”

On Aubameyang’s defending, Arteta added: “It was an incredible amount of work Aubameyang was doing. Before I took over I had my questions about him but he showed his commitment. I wanted him to show if he wanted to do it and do it physically.

“Aubameyang is our most important player, no doubt the impact he has in this team. We will have to convince him to stay with us.

“Winning three games in seven days. Sure it is my best week.”