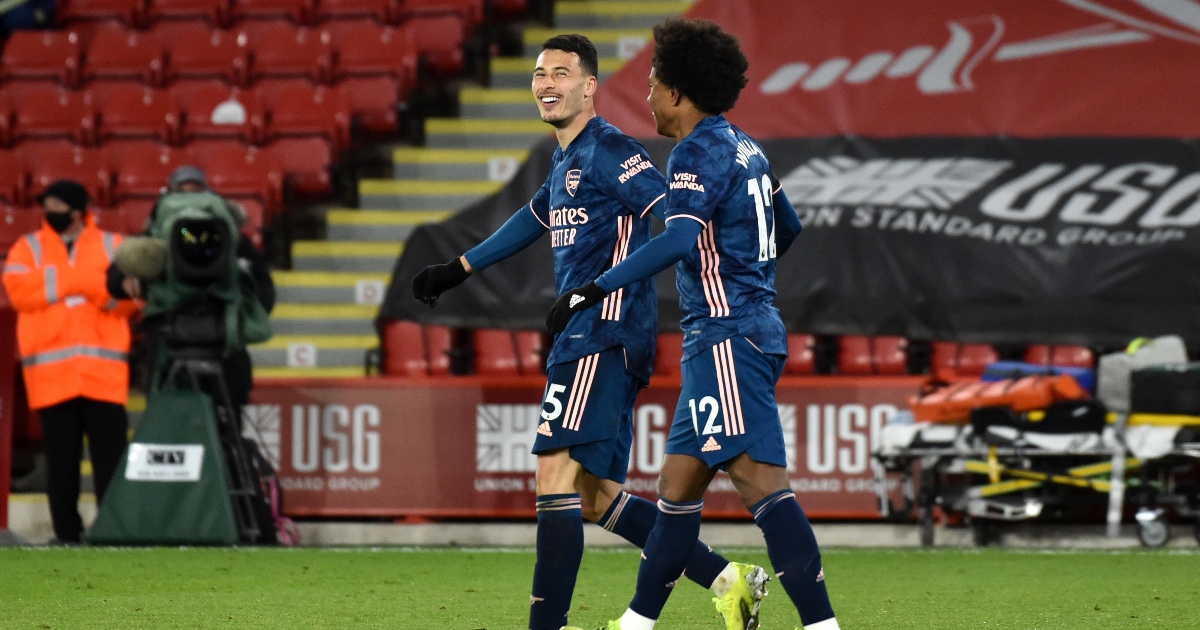 The 19-year-old has had a frustrating season so far after making just eight Premier League appearances.

He began the campaign with a serious knee injury which ruled him out until December.

Martinelli has recently returned to the Arsenal first team. He scored on Sunday as the Gunners eased to a 3-0 victory against Sheffield United away from home.

Despite this, Arteta has called for patience surrounding the talented youngster.

Speaking to the PA news agency, he said: “I’m asking you to be patient because we have a lot of players at 19 and 20 years old.

“When you compare that with a lot of Premier League clubs at the top end it’s not common. Gabriel is having the right path, the right development, he’s got an incredible attitude and talent and has got all the future in front of him.

“What we have to do is to manage that, try to give him the right amount of minutes, the right games for him to develop to continue to get better.

“I respect that people want to see more of him, and Gabi did really well, but we have to be patient. He is getting the right development.”

Before his injury, Martinelli was shaping up to be a future star at the Emirates.

Last season, he scored an impressive ten goals in 26 appearances.

Arsenal fans began calling for Martinelli’s inclusion against Sheffield United in the aftermath of their disappointing 1-1 draw with Slavia Prague.

They took the lead through Nicolas Pepe but conceded a stoppage-time away goal. The result leaves them needing an away goal of their own if they are to progress in the Europa League.

When asked if the calls impacted his decision to play Martinelli, Arteta said: “I’m not aware because I don’t want to read that. I don’t want anything affecting me.

“What is affecting me is how I see him every day, how he is, all the staff and what our opinion is on how we want him to develop.

“I’m sure that there is always debate, when I play somebody, somebody else should play, but that’s going to happen most of the time when you don’t win.”

Arsenal play Slavia Prague in the return leg on Thursday at 20:00.